Photo of the Day
Morning Drive
9 x wild dogs – Rockfig, Rockfig Airstrip
1 x leopard (Nthombi) – Vielmetter, Martin’s Rd
1 x elephant bull – Vielmetter, Sweetwater
Afternoon Drive
1 x breeding herd of elephants – Motswari, Xinatsi Dam Rd North
Daily Synopsis
So I am back from leave, and back on drive for a few days, so looking forward to getting out there again!  My first few days back at Motswari after leave were good, and once again I as astounded about the number of leopards moving around the camp!  Within a couple of days, the guides saw Argyle male, Kuhanya female, Shongile female and Argyle Jnr female within a couple hundred metres of the lodge!  Most mornings, either John reported having seen leopard in camp, or there were fresh tracks for one of the leopards walking along the pathways in camp!  However, the lions remained elusive, with only the Machaton Pride in the far south providing regular sightings for those prepared to travel that far.
Lions of a different sort made a reappearance this week, and that came in the form of the Motswari Zebra Hungry Lion Football team!  With the lodge being relatively quiet, we cleared the soccer field and decided to have a bit of a kick around with the staff and a couple of guests that were staying at the lodge, and it was great to see the camaraderie amongst the staff, as well as get our bodies moving again!  I would just like to point out that my team beat Grant’s team...hahaha!


Back to the game drives though!
Sunday was a bit of a quiet one, with only Herald out in the morning.  He had, like the football match, a drive of ‘two-halves’!  The first was clearly more a scenic drive, as the animals did not play along very well, with the odd impala and giraffe showing themselves.  The latter half was far more productive, with Nthombi being found sleeping up in a marula tree near Sweetwater Pan, an elephant bull at Sweetwater Pan, and a pack of 9 wild dogs being found even further south on Rockfig property.
I joined in the afternoon, but also experienced a bit of a quiet drive.  I didn’t want to go racing down south for my guests first drive, so I took it easy in the north, and had some fair general game sightings, with impala, warthog, giraffe and hippo being seen and admired, before Herald and I got to spend some nice time with a breeding herd of elephants near the lodge. 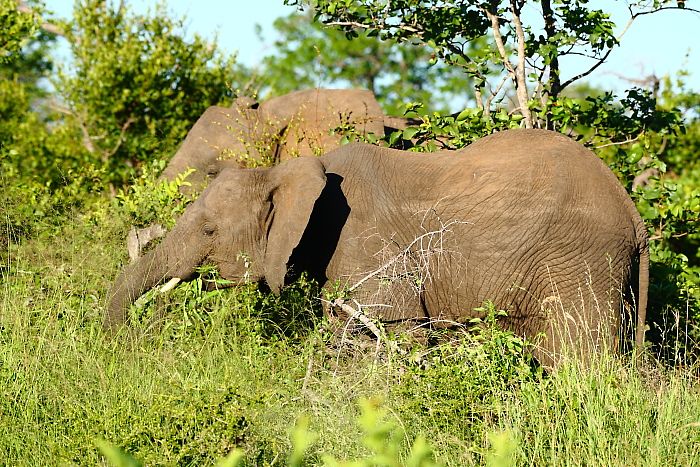 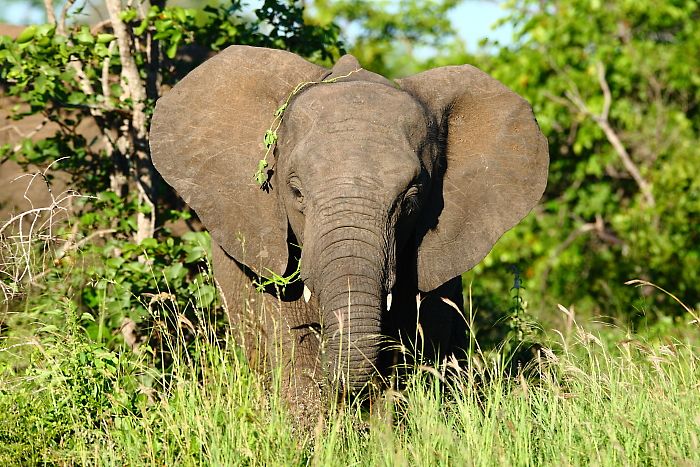 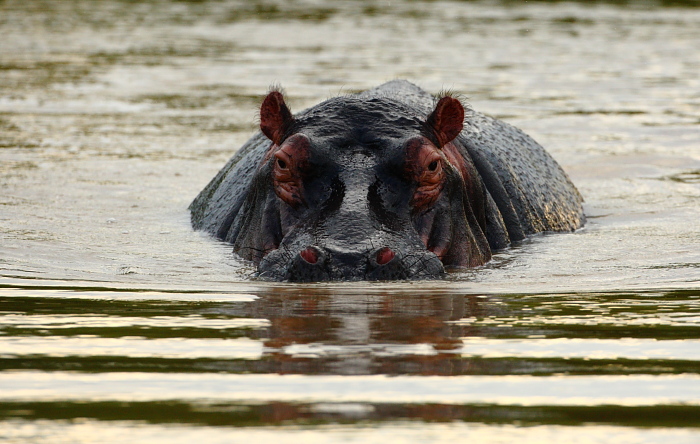 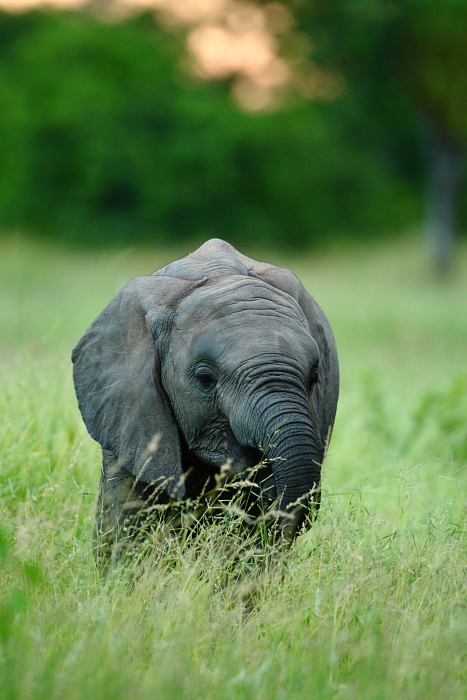 Johannes and Elliot had reported seeing a lot of vultures during their bushwork, so Herald followed up and we left our trackers to go in and find out what had died, but sadly the dead kudu that they located was one that died of natural causes as there were no signs of any predators having killed it or fed on it.
I had been hoping more would come of that, but it was not to be.  Some good news for the afternoon was that a kill of Nthombi’s had been found near Steep Nhlaralumi, and there were tracks for her moving south to fetch her cub, and then tracks for the two of them heading back.  Although neither were seen, there is a good chance they will be around tomorrow, so that is something to look forward to!
at 12:58 0 comments

29th January: Back to Back Rhino!

Morning Drive.
Elephant ( Breeding Herd) / Karans – Zebra Entrance.
Leopard ( Ntombi) / Vielmieter – Lower River Rd.
Lion ( Machaton Females & Cubs) / Tanda Tula – Giraffe Plains.
Afternoon Drive.
Leopard ( Mbali) / Peru – Peru Entrance.
Elephant ( 2 x Kambaku) / Peru – Peru Airstrip.
Rhino ( Shangula, a Female & Young.) / Peru – Voeldam.
Daily Synopsis.
Greetings, both Chad and myself are not driving presently so we will be posting only the daily sightings till Chad starts driving on Sunday afternoon. Being the only vehicle out for Motswari, Herald and Difference's skills are being tested to the limit, and it would appear that they both thrive on the pressure, keeping up with the high quality sightings we are accustomed to.
at 15:16 0 comments

Morning Drive.
Elephant ( Kambaku) / Borneo – Zebra Pan.
Elephant ( 4 x Kamabaku's) / Java – Western Cutline
Buffalo ( Dagha Boy) / Peru – Mopane Lane.
Buffalo ( 7 x Dagha Boys) / JayDee – Jaydee Access.
Leopard ( Argyle Male) / Peru – Flooded Crossing.
Afternoon Drive.
Elephant ( Breeding Herd) / Motswari – Xinatsi Dam North.
Elephant ( Breeding Herd) / Karans – Kudu Pan Clearing.
Elephant ( Breeding Herd) / Karans - Western Cutline.
Elephant ( Kambaku) / Mbali – Mvubu Crossing.
Elephant ( Kambaku) / Kings – Double Highway.
Buffalo ( Dagha Boy) / Peru – Francolin Pan.
Buffalo ( 7 x Dagha Boy) / Vielmieter – Elephant Dam Rd.
Leopard ( Shongile) / Motswari – Motswari Southern Access.
Daily Synopsis.
Not sure what to say about this morning, I could tell you the weather was nice, and by that I mean it wasn't raining, although the blanket of dark clouds continually threatened to. Between the three of us, we all had a very quite morning, and at one stage another lodge guide mentioned to me that he had been driving nearly two and half hours and not seen an Impala. I agreed it was slow but I had at least seen Impala, to which he quipped that I should have called it in, he was sure I'd have got a response from many of the stations. We could also add frustrating to our slow morning, as we had found male Lion tracks earlier on in the Northwest corner of our traversing area and immediately knew it was the Jacaranda Male. We should have known then that we would spend our morning running around in circles, but the tracks were to fresh to pass up and we once again proved we suffer a flat learning curve. I finished my drive early as I had an early check out, but Herald and Johannes stayed out later and found Argyle Male to redeem themselves and salvage an otherwise slow morning. I wish the guys the best of luck this afternoon, I hope things pick up for them. Luckily for me and I'm sure for them, I'm off drive for the next couple days, so things are sure to pick up.
at 11:57 0 comments

Greetings everyone!  Hope you are all well and enjoying being updated on the happenings at Motswari!  I must say I enjoyed knowing what was going on each day while I was back in Johannesburg; although by our standards of late, it did seem a bit ‘quiet’; but I guess it is all relative!
I am not on drive for another couple of days, so I have been occupying myself with other jobs, but one that I could not help but share with everyone was when I offered to download Johannes’s photos onto my laptop.  For all that have met Johannes, you know what an amazing guide and tracker he is – he really has an amazing and uncanny ability to find animals that makes the rest of us look bad!  It was probably with this in mind that one of the Sharalumi Cottage guests kindly donated Johannes a digital SLR camera a couple of years back.  When I worked at Motswari first time, Johannes just had the standard ‘kit’ lens which was fine, but not the best for wildlife.  Upon my return I was pleased to see that a guest had kindly helped him out with a 70-300mm lens; something far more suitable to the job at hand...and well, the results speak for themselves!
Going through some of Johannes’s shots over the last 3 or 4 months, I dont know what made me more envious – his sightings or the photographs he managed to get of them!!!
It was with this in mind that I have taken the liberty to share some of his images with you; I hope you enjoy them and are as impressed with them as I was!
I hope to be contributing some of my own shots to this blog again soon...time to go blow the dust off my camera I think...or maybe I should just leave the photography up to Johannes from now on?
Enjoy!
Cheers,
Chad 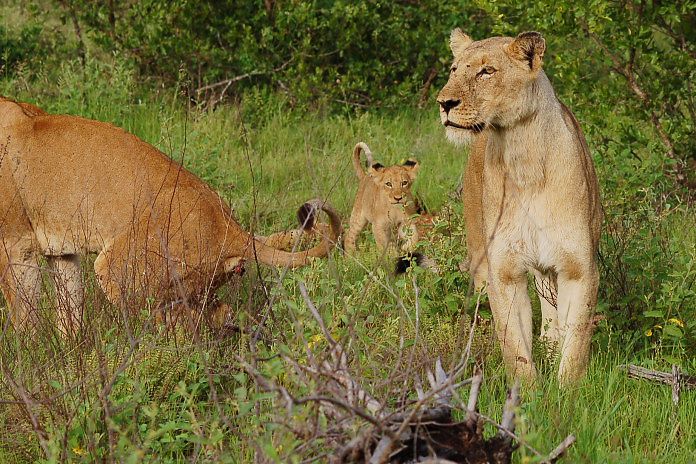 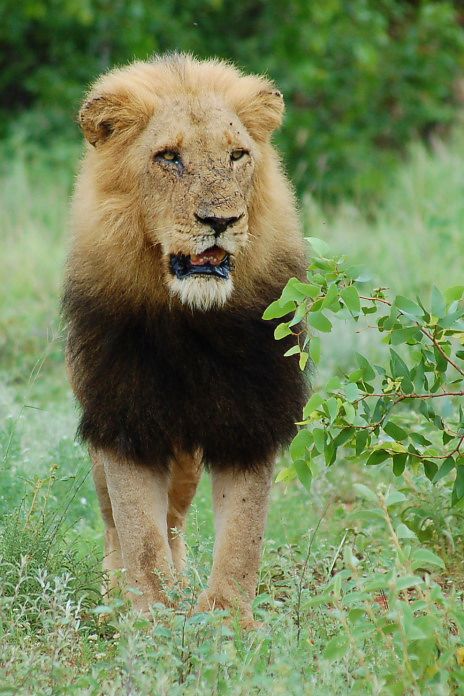 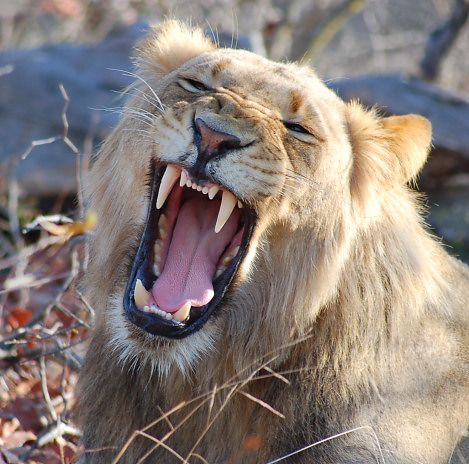 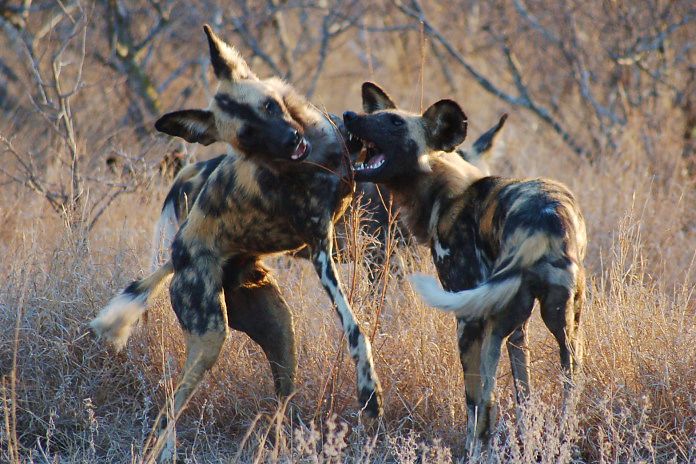 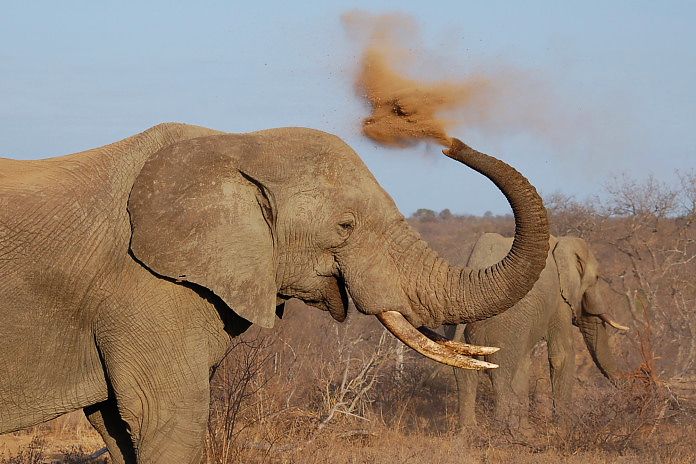 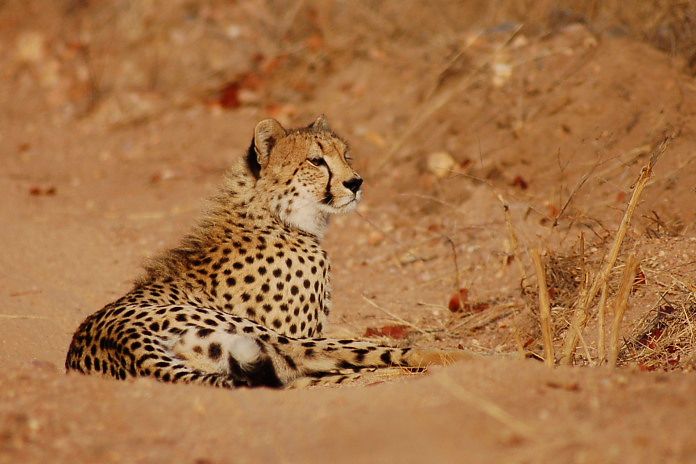 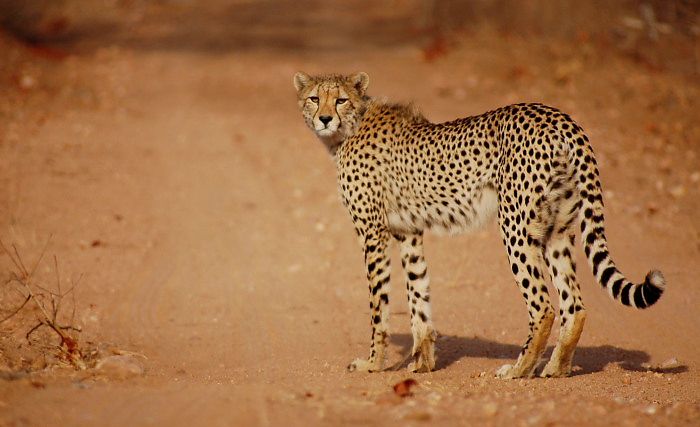 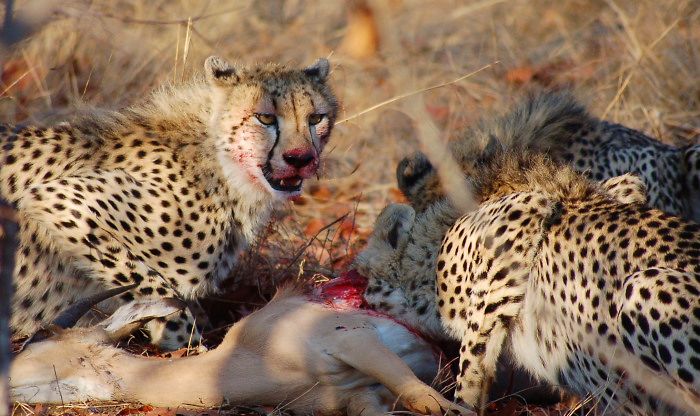 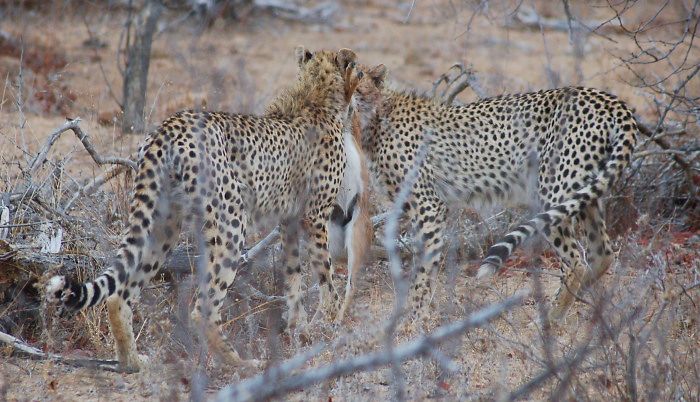 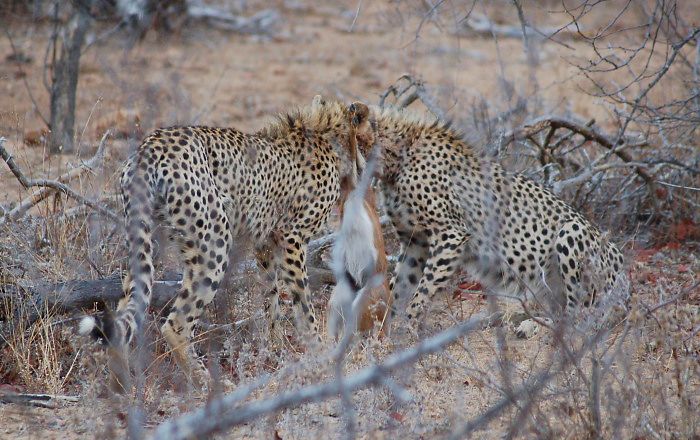