28th November: And So Are These The Days Of Our Lives. 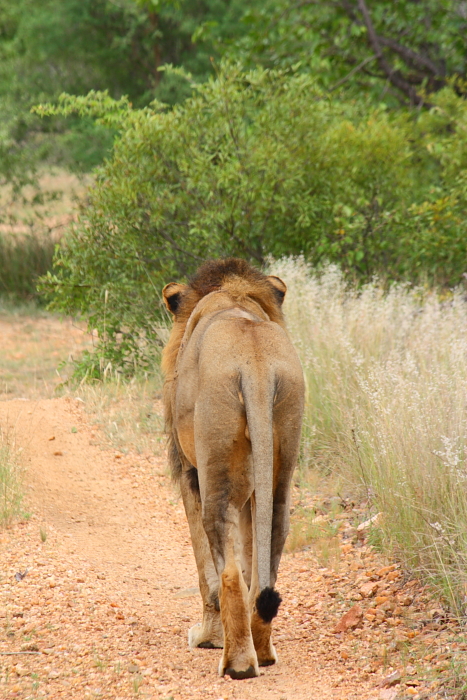 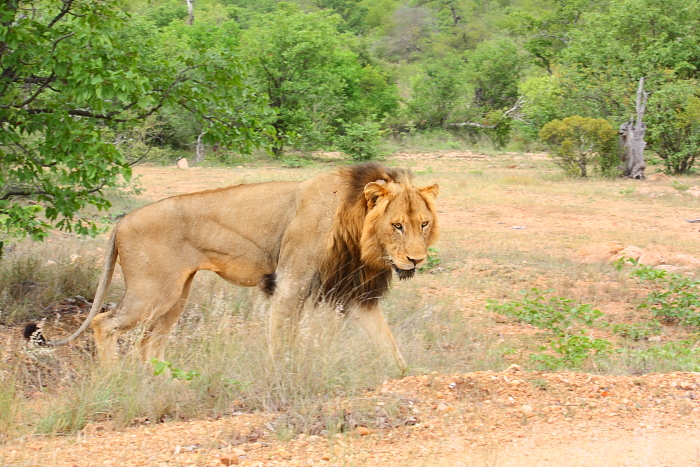 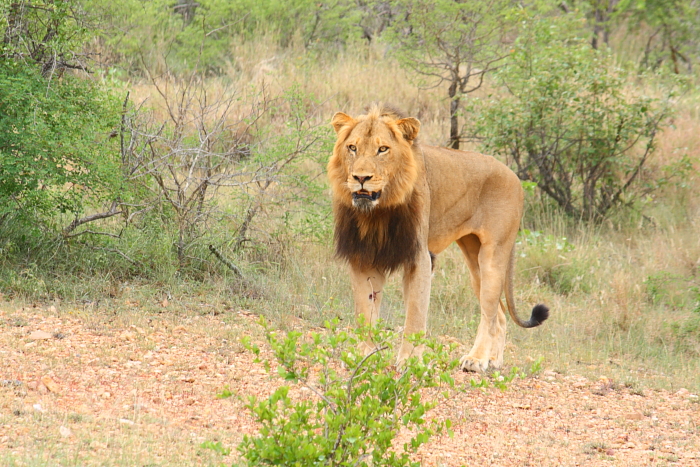 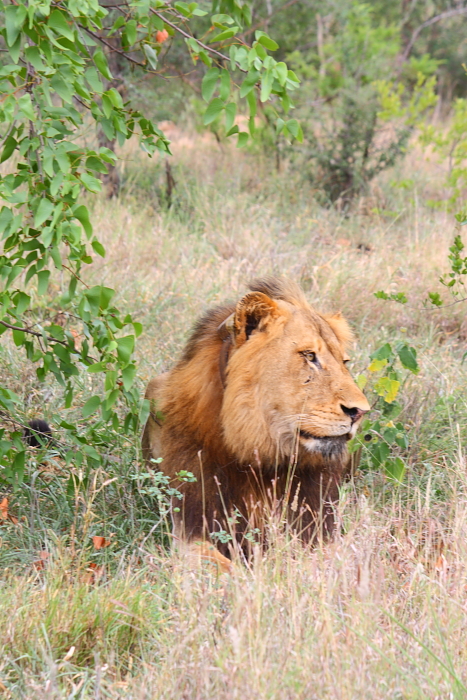 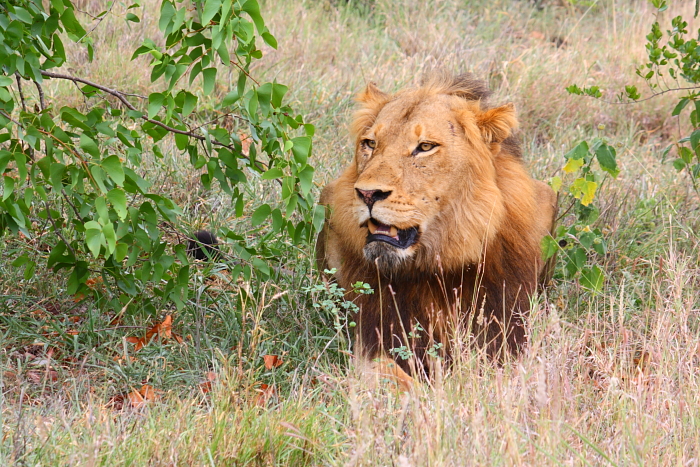 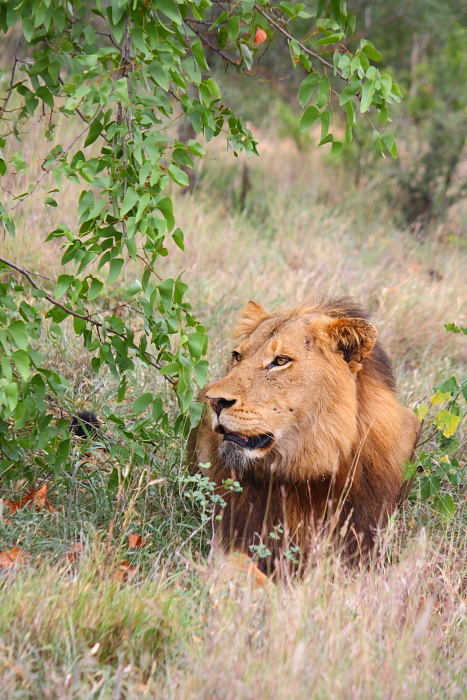 I'll be handing over the blog to Chad this afternoon so hopefully he will be able to add a chapter or two to the story. Thank you for all the support and comments, it has been good fun and we will catch you all again soon. 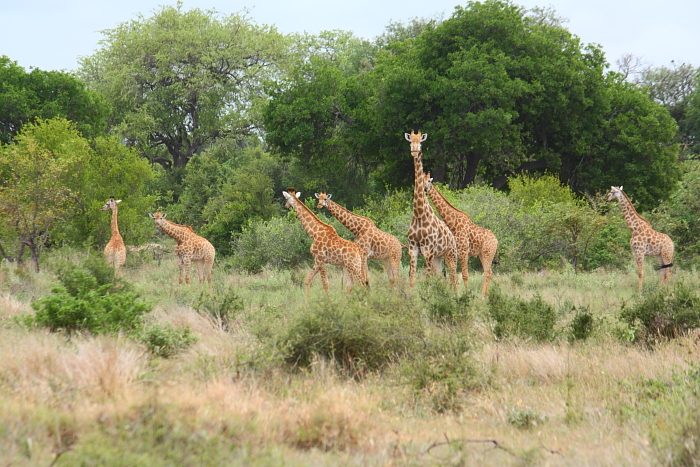 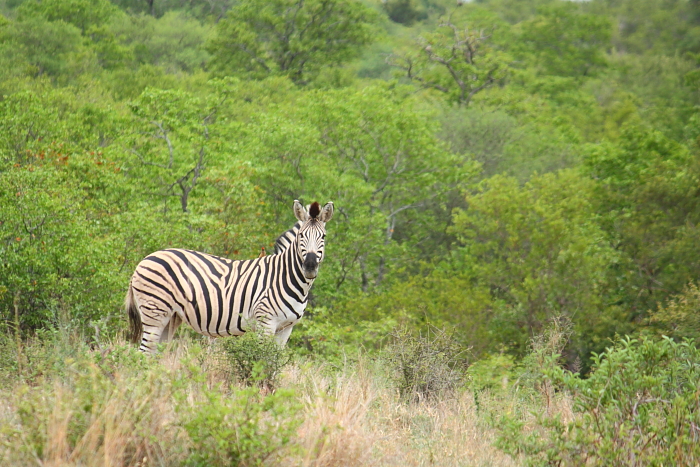 Ha ha, as usual I have missed out on another cracking week of game viewing, and between Grant and Andrea’s photos, they turned me a shade or two greener with envy!  It was thus great to get back to work and almost straight back out onto drive, and what a perfect set-up, lion and leopard just waiting for us!

It was also really great that the first thing my guests asked to see was leopard and wild dog – and as I had just received word that the dogs had been seen at Mbali Dam wall in the morning by the construction workers, it seemed like I might just be able to accomplish both requests before our sundowner!

Moving in the direction of Mbali and what little remained of her kill, we began with a lovely giraffe and calf on the airstrip, and proceeded to see some more giraffe, steenbuck and impala as we ambled along in glorious sunlight. 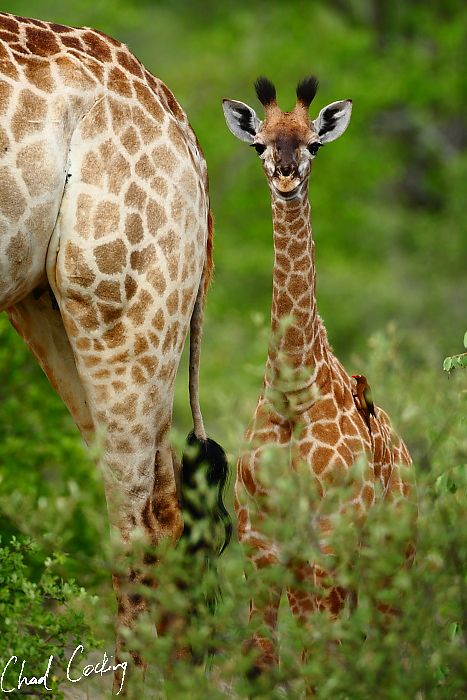 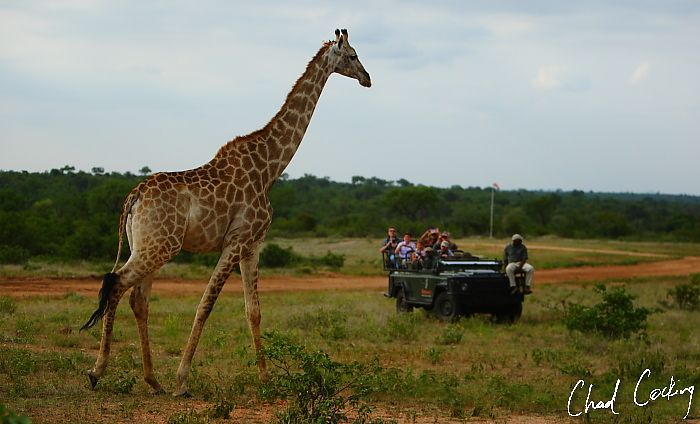 Arriving at where Mbali had been left about 45 minutes earlier, she was gone, but a glance up saw her perched up in a marula tree feeding on the legs of the steenbuck – all that remained of her kill since yesterday! 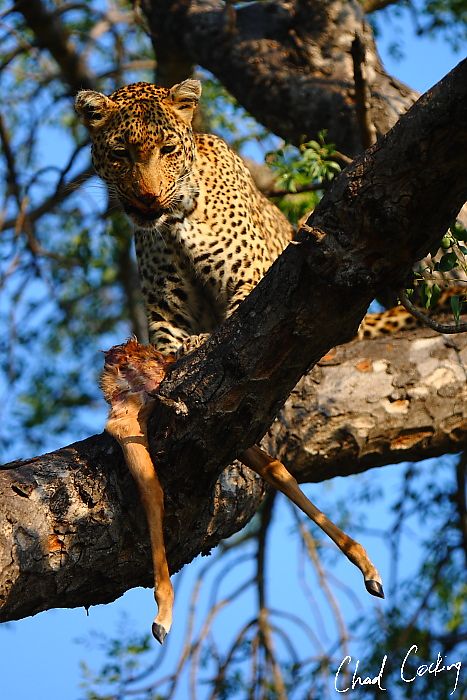 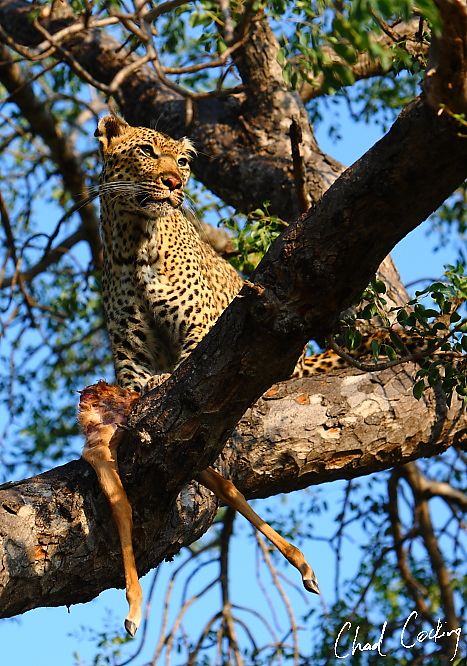 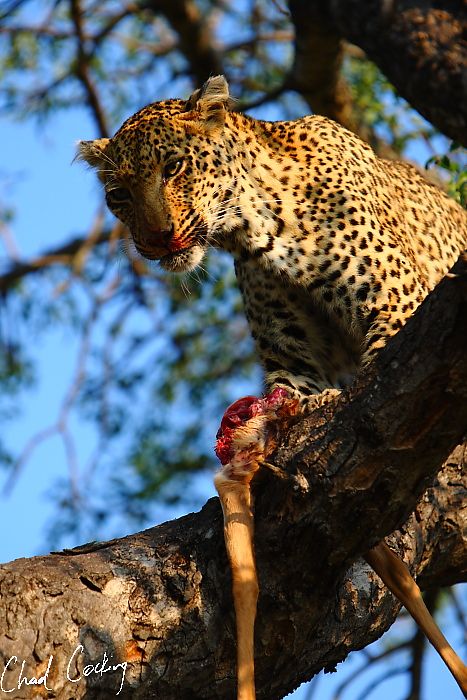 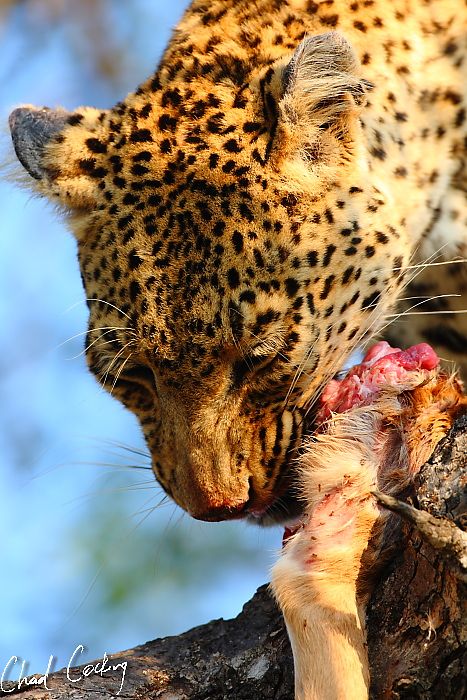 A hyena arrived and plopped down in the grass nearby, but stupidly didn’t come to the tree, as if it had, it would have found a leg that had fallen off earlier, but Mbali was lucky, and after finishing up in the tree, jumped down and retrieved the last scrap before eating it on the ground with the hyena paying no attention at all to her or her missed snack! 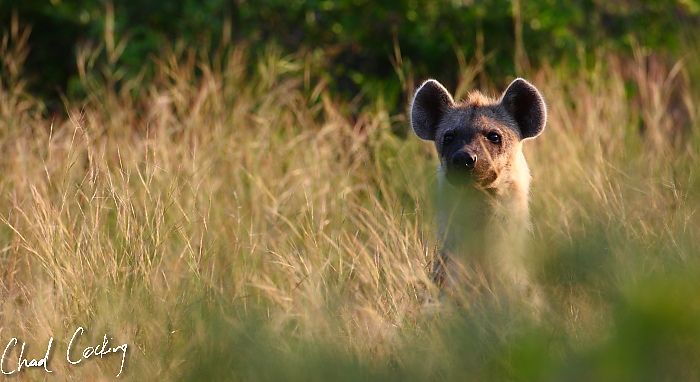 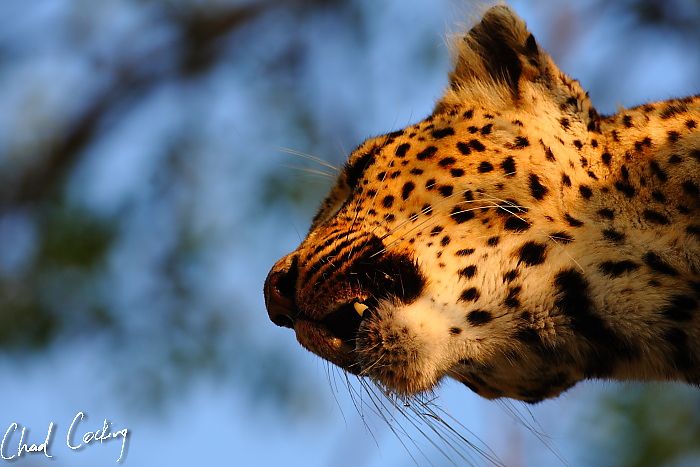 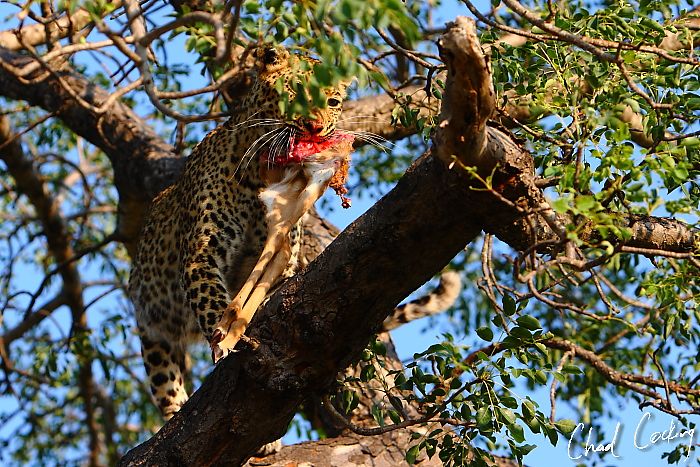 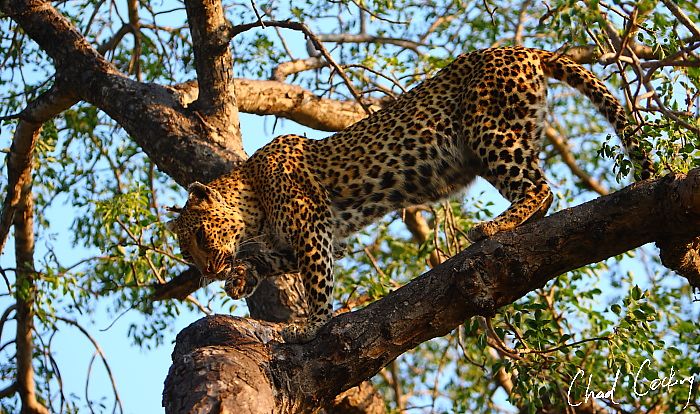 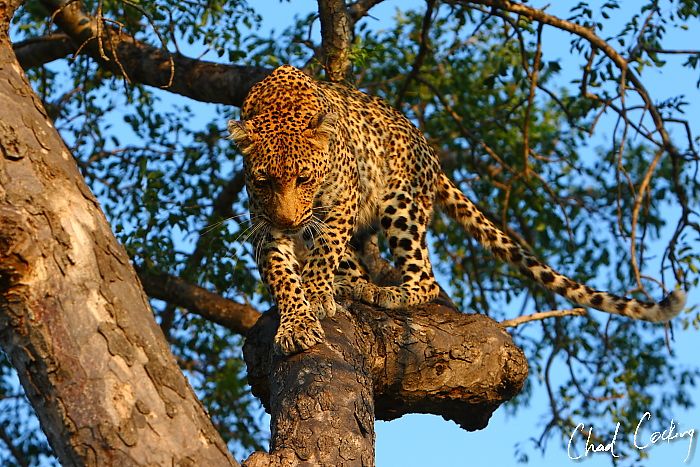 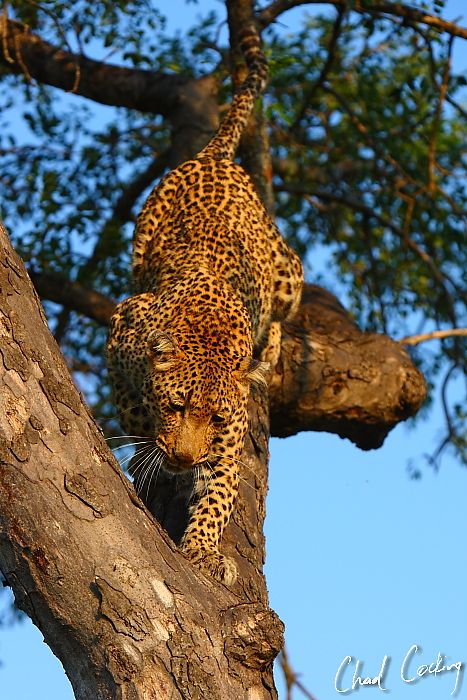 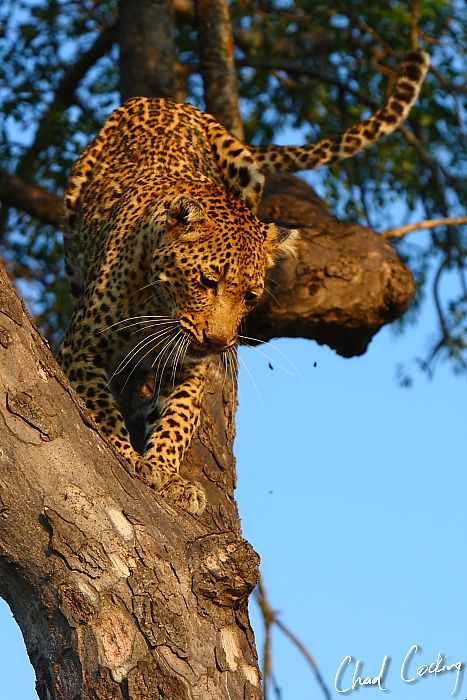 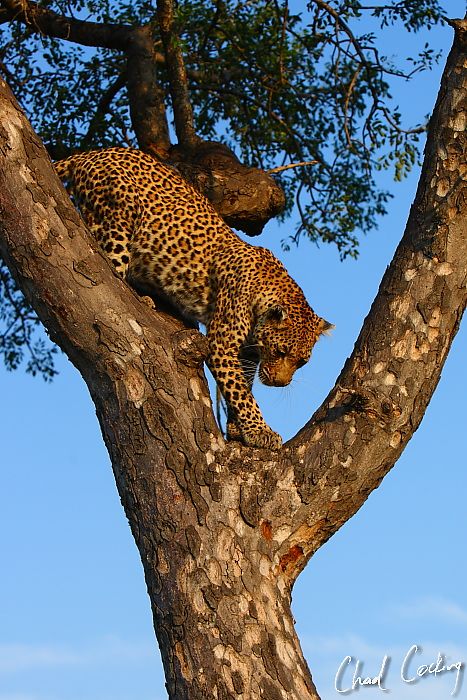 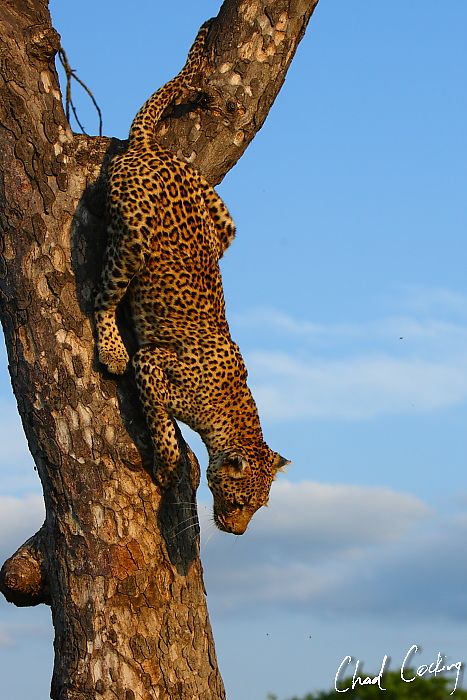 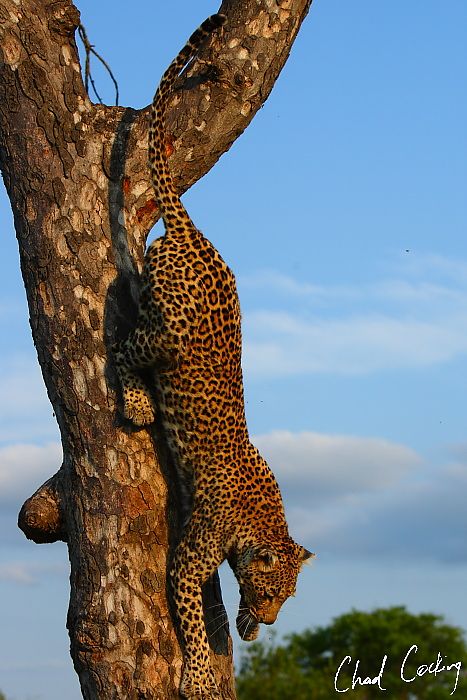 Grant had been having a wonderful afternoon, and on his guest’s 27th drive, had little left to show them, so took what came – for him it started out with a big herd of elephants in the Nhlaralumi riverbed, and while watching them, they spotted the wild dogs chasing impalas on the opposite bank of the river, but sadly struggled o relocate – so I headed into the area to assist, but after almost an hour and only giraffe, impala and waterbuck later, we gave up and went for a drink – as did Grant.  While we were joined by a giraffe, he was joined by three rhinos!

We got to see the rhinos after dark, and while it is against policy to view them with them with a spotlight, the moon was bright enough that even in the darkness we could see them well – they were rhinos I was unfamiliar with, but very relaxed!

Heading home, we added a herd of elephants in the moonlight to the list, while Grant added Machaton male leopard!  Guess he had the magic touch this afternoon...I hope it has something to do with being on blog duty, as I could definitely use some of that magic tomorrow!