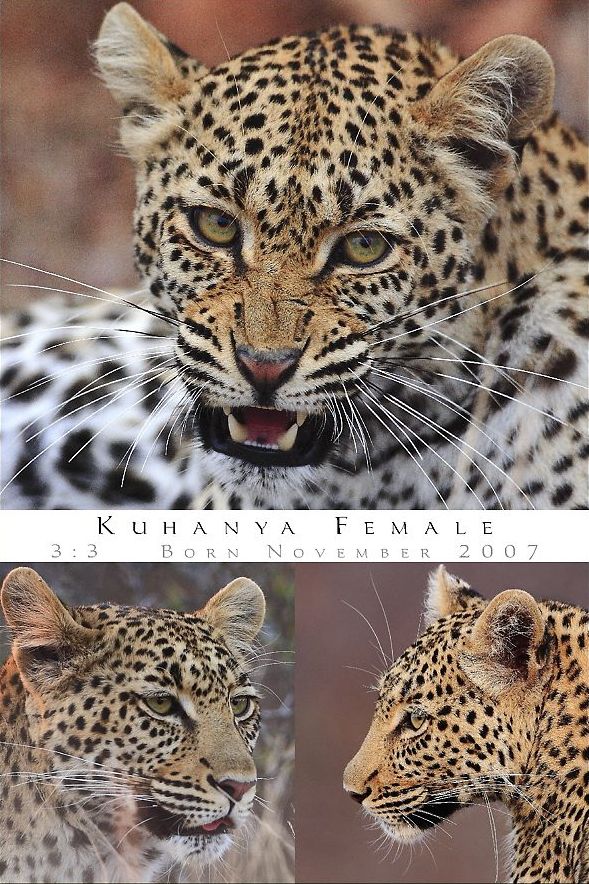 Name: Kuhanya female (Kuhanya means ‘survivor’ referring to the fact that she was her mother’s first offspring to survive to independence). 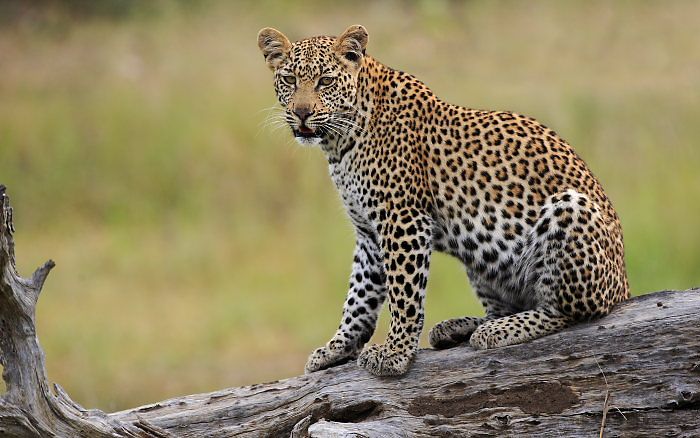 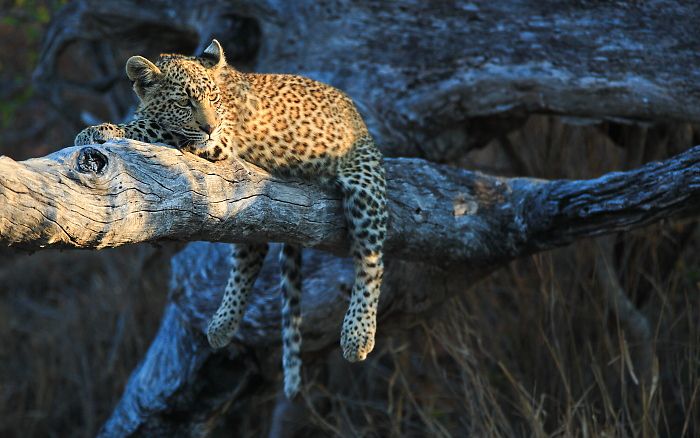 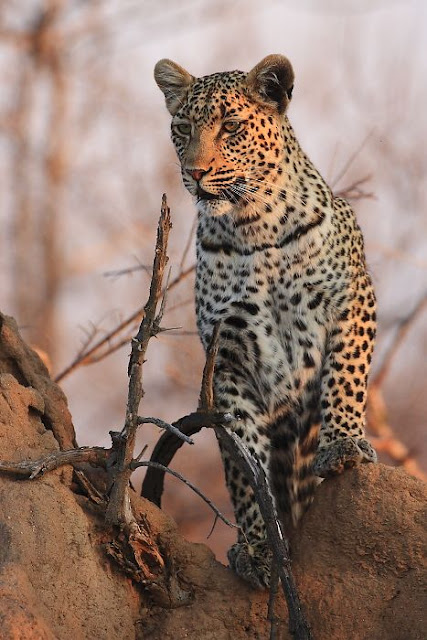 Born: November 2007
Territory: Newly independent, so Kuhanya is still seeking a territory of her own. This leopard spent her youth living exclusively on northern Peru (around the Nhlaralumi riverbed and Peru Dam) and Argyle. After gaining independence, Kuhanya has started moving further afield, and was regularly seen around Sohebele Dam and even further east into central Karan’s (Kudu Pan Clearing). Prior to this she had been seen crossing out of the Timbavati across the western boundary! Lately she seems to be settling into the area of eastern Peru, Argyle and specifically Motswari where she never used to venture.  She is now seen very often in camp and on our airstrip, scent-marking, calling and making herself at home in the areas surrounding the camp.
Male: Kuhanya is yet to establish a permanent territory, but seems to be settling into an area controlled by her father, Argyle male. The other males in the area are too young to mate at this stage.

Cubs: No cubs yet

Siblings: One brother that was killed at 6 months of age 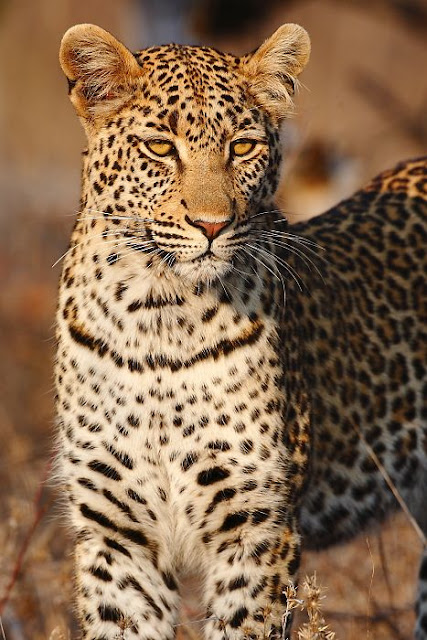 Neighbours: Kuhanya shares much of her current range with Mbali, but is also shifting into an area occupied by Argyle Jnr female, Shongile female and potentially the large Java Dam female. Vyeboom Dam male and Argyle male also utilise the same parts of the reserve.
Story: Kuhanya is arguably the most beautiful leopard walking around the Timbavati, and as a fully independent leopard exploring new parts of her world, she is doing very well. As her name suggests, Kuhanya is a survivor and did what no other previous cub of Mbali ever did, and that was to survive the hardest period of her life and reach independence. As a cub, Kuhanya learnt very quickly from her mother that the vehicles were not to be feared, and within an hour and a half of her first real exposure to vehicles, I watched Kuhanya follow her mom as she walked underneath the back seat of one of the game viewing vehicles, and it was plain sailing from there onwards! 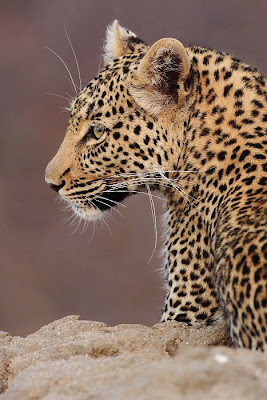 If anything, Kuhanya was actually a bit too comfortable with the vehicles, and as she neared the extremely inquisitive age of 7-8 months, she became very curious about the vehicles and would walk around the Land Rovers sniffing them, and on a hot morning, would simply go and lie underneath them! As guides we tried to discourage this behaviour, but she soon outgrew that naughty age and stopped paying attention to us. Kuhanya was relatively independent from her mother from about 14-months old, and was successfully making small kills with regularity from then, but would never pass up an invitation from her mom for a free meal. The final split between Mbali and Kuhanya came in July 2009, after watching them interact like I hadn’t seen them do since Kuhanya was a young cub; perhaps it was a ceremonious goodbye of sorts. This was not the last time these two leopards would interact, but it was the last time they would do so in a friendly manner! As the two still utilise much of the same area, they still occasionally make contact, and often at kills, but as they see one another as competition now, there is normally a fair amount of aggression. 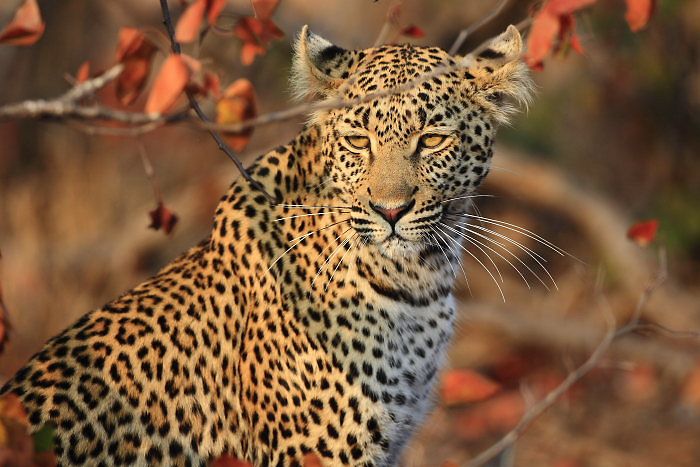 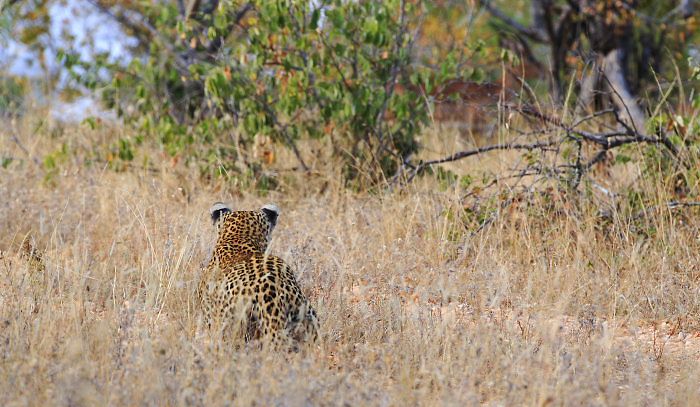 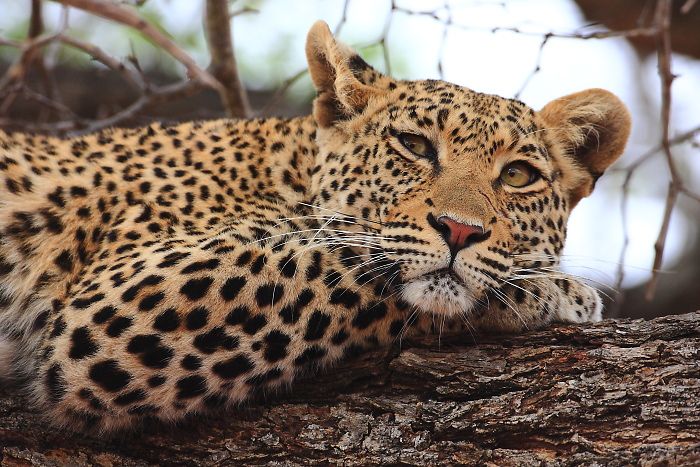 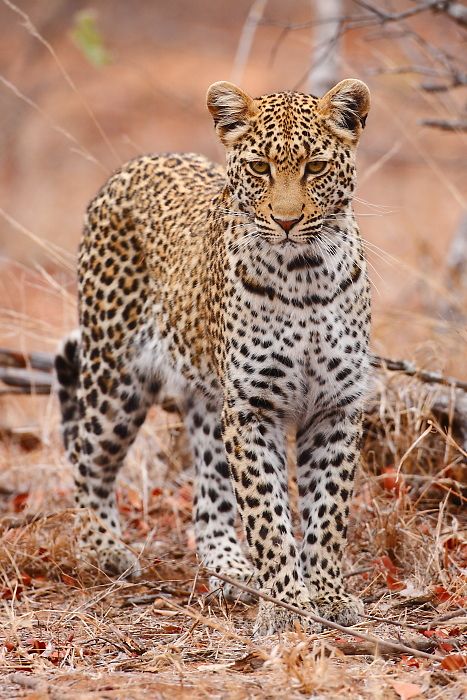 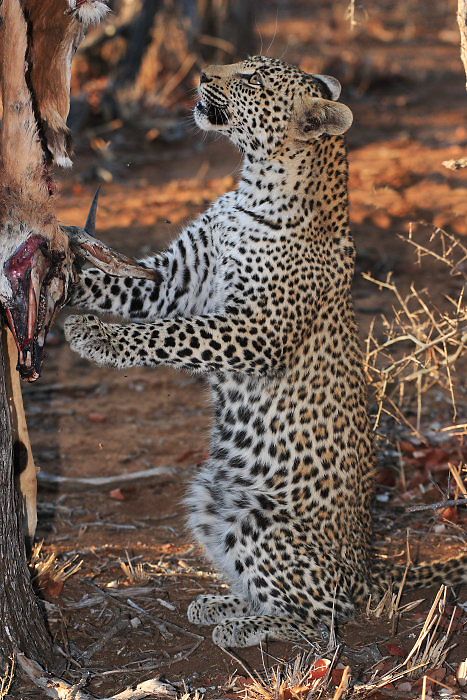 Over the coming months, Kuhanya will look to establish her own territory, and sometime in 2011 will start coming into estrus and hopefully sire cubs of her own in the not too distant future. Exactly where Kuhanya will settle is not certain, but she seems to be enjoying the area east of where she was raised, and is most often seen around Sohebele dam, and even further east in Karan’s, and north into Motswari. It is an interesting time ahead for her, but she is a bush-wise cat, and will no doubt succeed in continuing the legacy of amazing leopard viewing in the Timbavati, first started by her own grandmother, the Java female.
Interesting News:
at 21:30