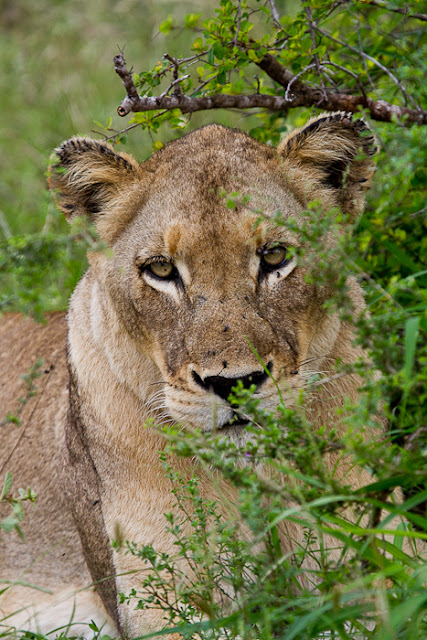 I started out heading east, with not much luck. The bush out there is very thick but the dams are full and so we stopped to take a look at a lone hippo in Scholtz big dam. Herold turned south and en route to Vielmetter the Tanda Tula guys kindly invited us onto their property to see two lion. 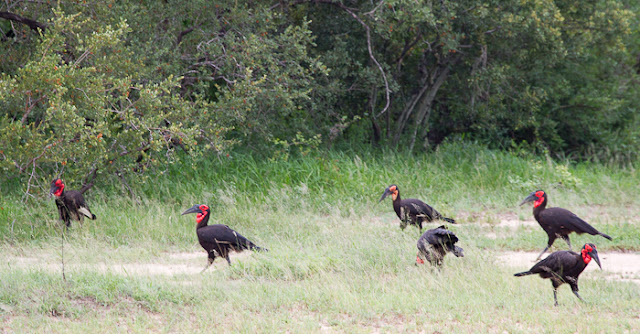 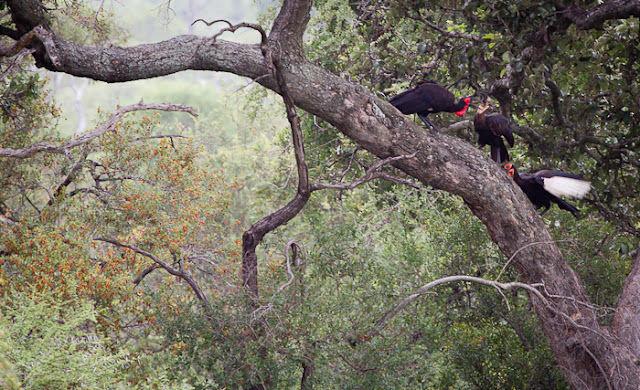 It was the same two from two days ago – still without the large male. The two were resting up, looking rather hungry. As we sat with them, the two lion suddenly sat up and stared intently in one direction -we could hear a herd of buffalo in the distance. One of the Tanda Tula guides found the tracks, and I called in the audio. The lion lay back down – typically flat cat! With track direction, distant audio and the direction of the lions’ gaze, the buffalo were located. We left the two lion in hopes of catching up with the buffalo herd who were feeding in the middle of a rather large block of land.  It was great to see a herd agaib, as I haven’t seen one in a while. 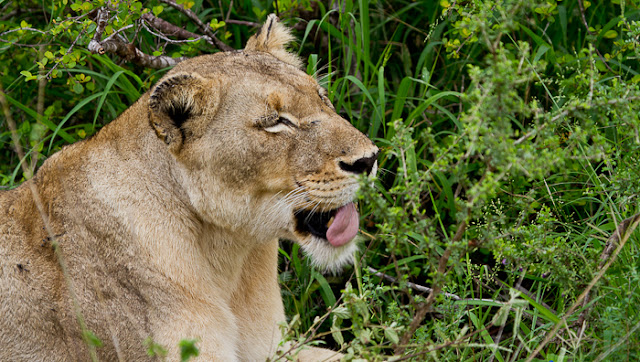 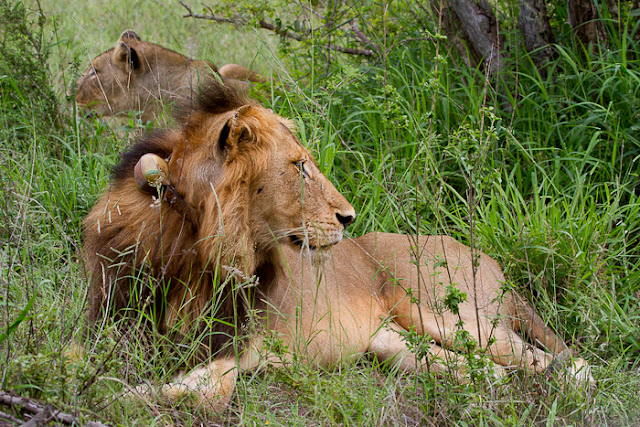 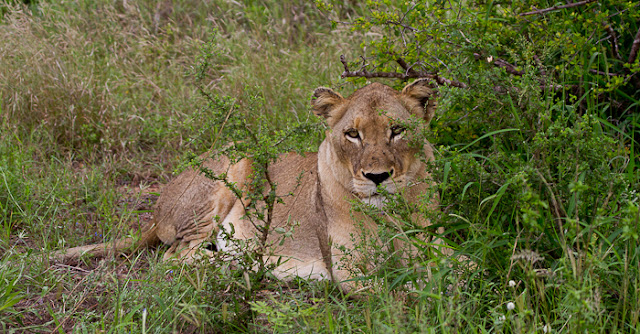 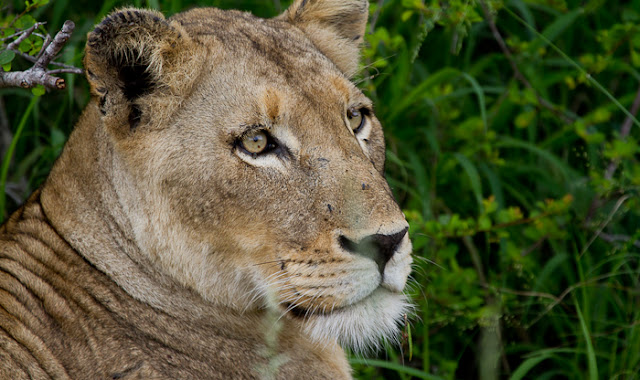 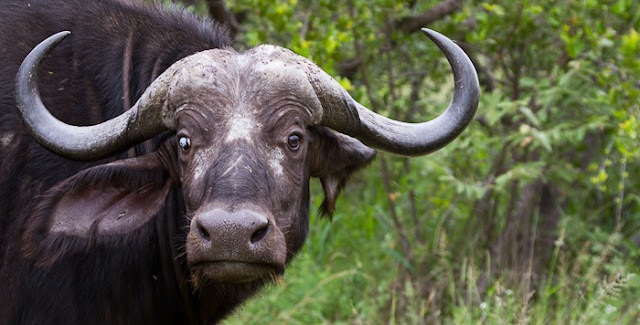 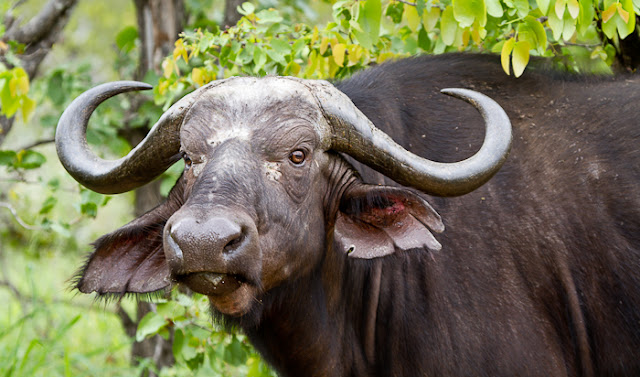 As we were sitting with the buffalo, Herold found Argyle Jnr leopard and her two cubs on the other side of the reserve – an awesome find. Our time was running out quickly, and we had quite a distance to drive to make it back for breakfast.

With Herold, Giyani and Marka all getting new guests this afternoon – they headed to where the leopard had been seen this morning. Herold managed to find the one cub again and see Argyle Jnr while Giyani went back to where Makepisi male had his cub.  I decided to go in the opposite direction completely. We found a rather shy elephant bull feeding on Marula fruit! Heading much further south towards Jaydee and Vielmetter, we had some great giraffe views in the evening light. 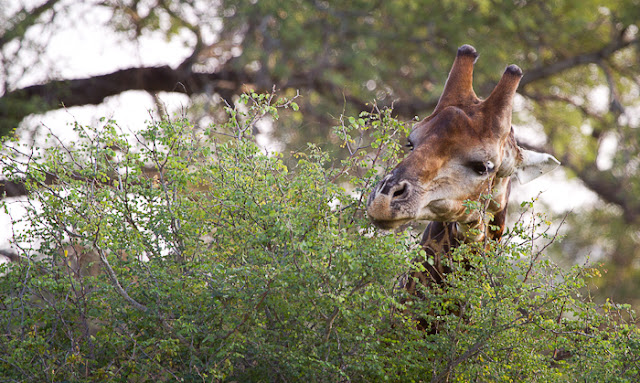 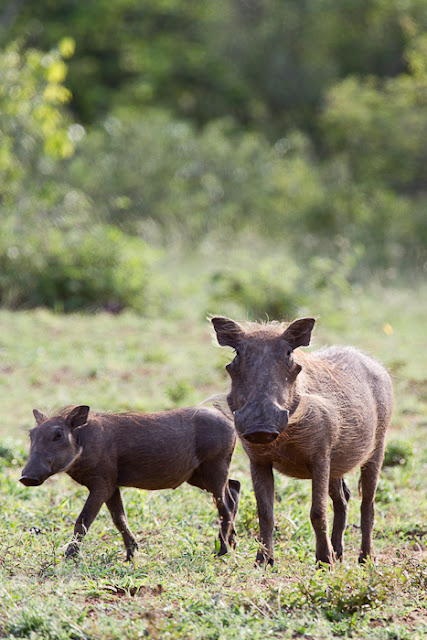 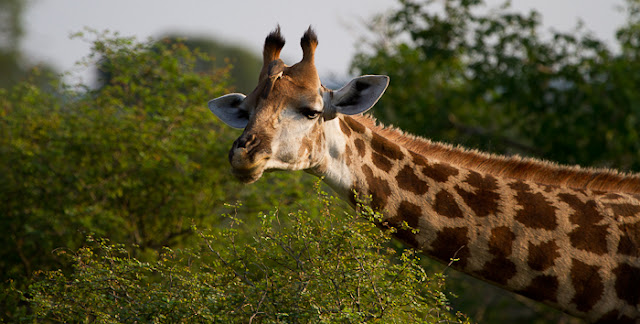 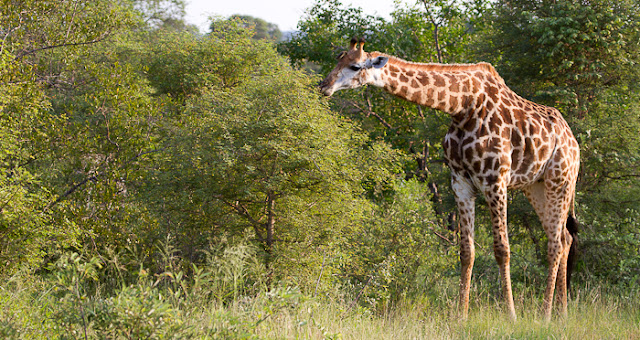 Herold headed east and found a herd of elephant, which is what I had been in search of! Instead though, we found a group of buffalo bulls resting up in a mudwallow – the perfect afternoon at the gentlemens’ club! 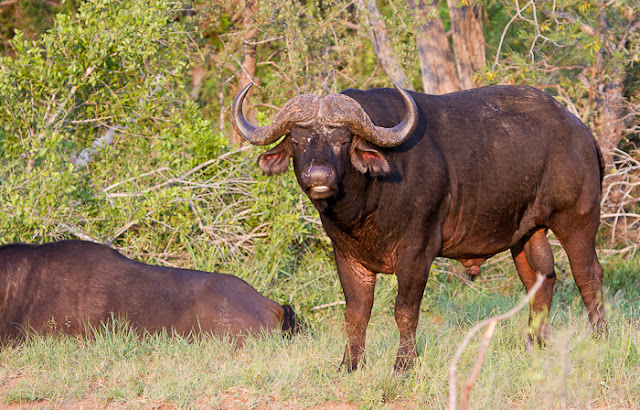 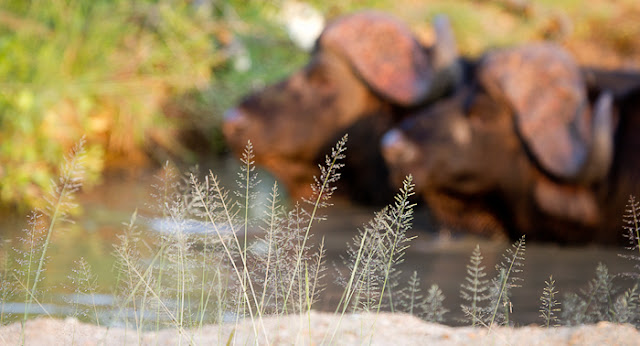 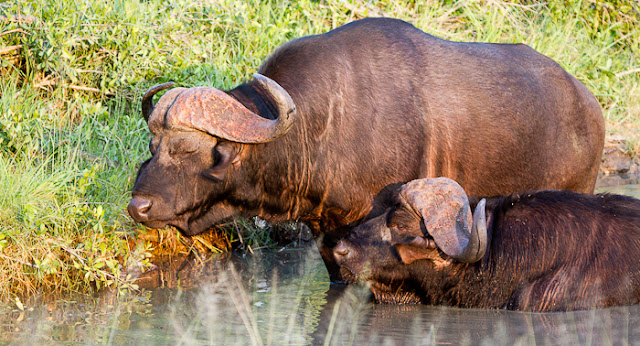 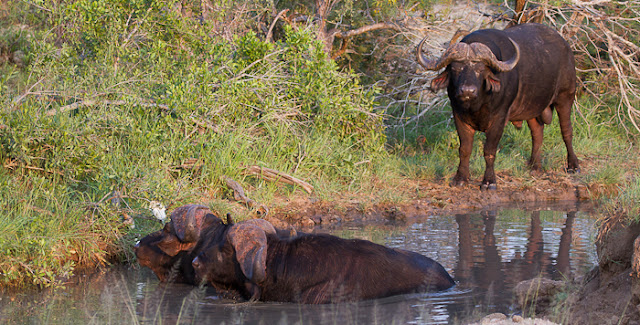 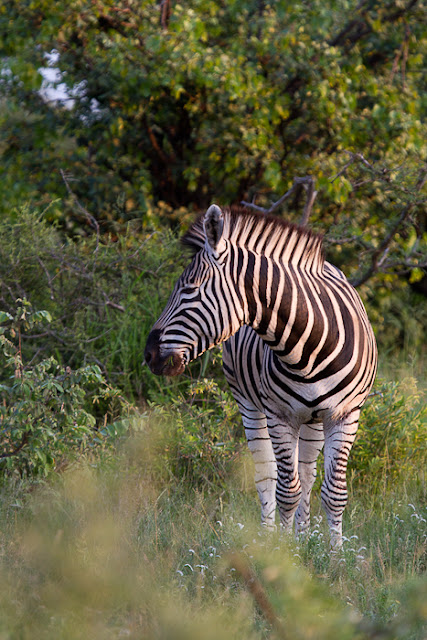 With one of my guests celebrating a birthday, we stopped for a long champagne sundowner with a beautiful sunset and a hippo singing ‘happy birthday’ in the background. 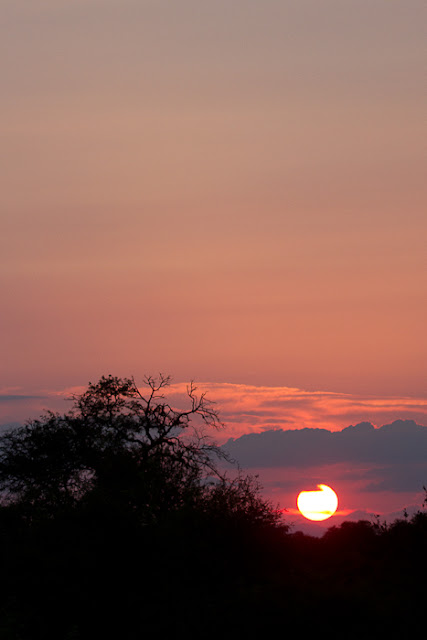 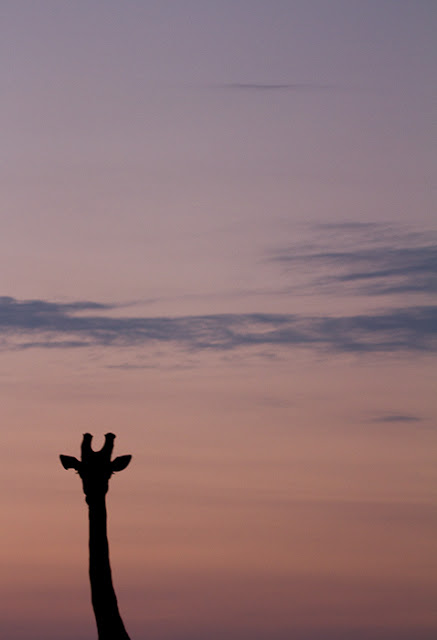 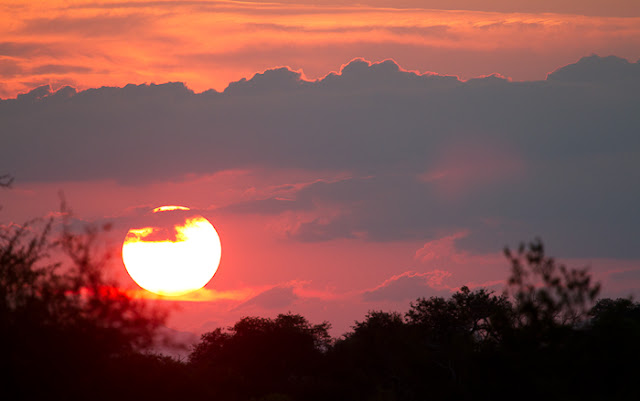 As we made our way back home, we bumped into a herd of elephant in the dark, which we will have to follow up on in the morning.