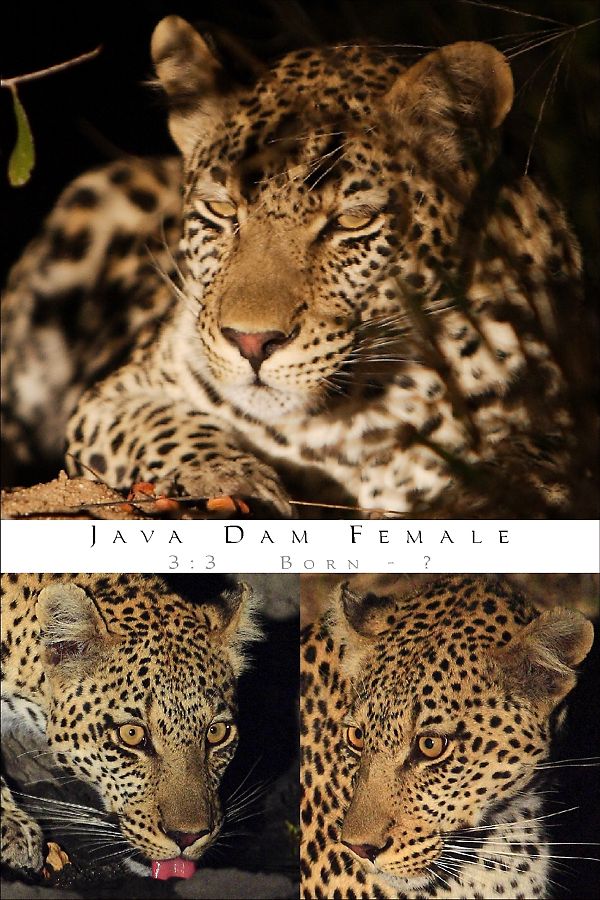 Name: Java Dam Female (so called after the dam where she is most often seen, Java Dam, which lies in the heart of her territory).
Born: Unknown – early 2000s
Territory: This female seems to be the only female in the central region, and centres her range around the dam after which she is named, Java Dam. This large female is territorial over all of Mbali, and even a bit further north into Peru in the vicinity of Sohebele Dam. In the south, she is territorial over most of Java, but not much further south of Java Airstrip. In the west, the Nhlaralumi seems to be the major western boundary, with her seldom being seen west of the river. To the east, her boundary is indistinct, but extends through Karan’s into the Scholtz portion of Sumatra, probably not much further east than Kudu Pan Rd South. 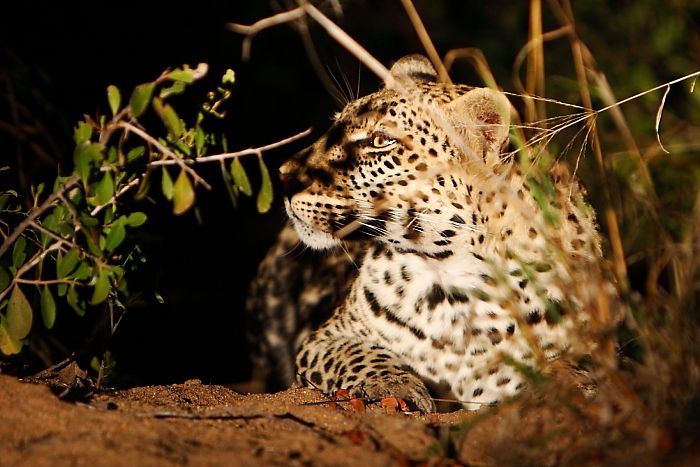 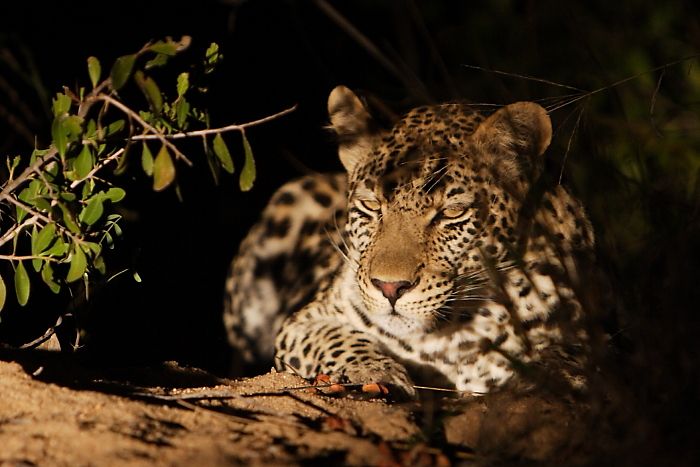 Males: The dominant male over Java Dam females territory was Mangadjane male until he was killed in 2009. The Machaton male is likely the dominant male over the area where Java Dam female currently roams, and although Argyle male touches on her territory, these two have not been seen together before. There is also a chance of a large male in the east (whose tracks we see, but never him) who could potentially mate with her. 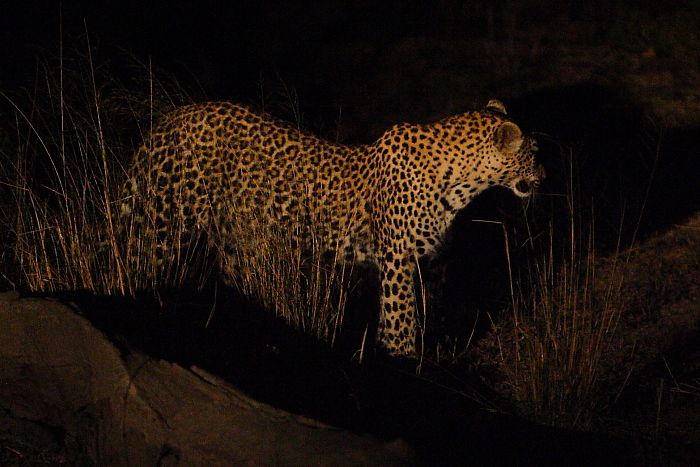 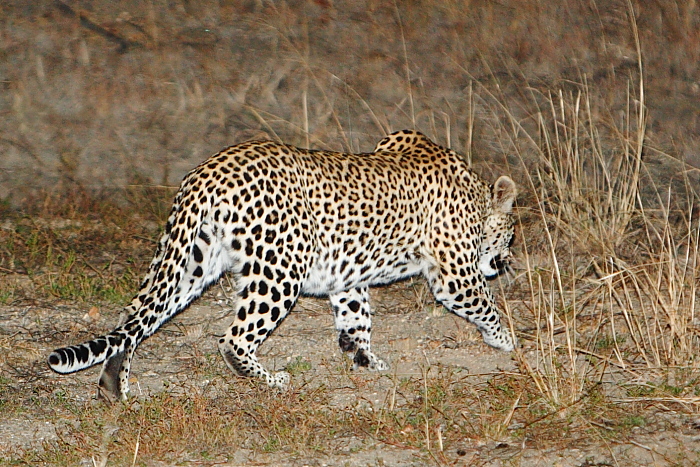 Cubs: 2006 - Java Dam female had two cubs in late 2006, but due to their nervous nature, their lives were not closely followed and their fates are unknown. 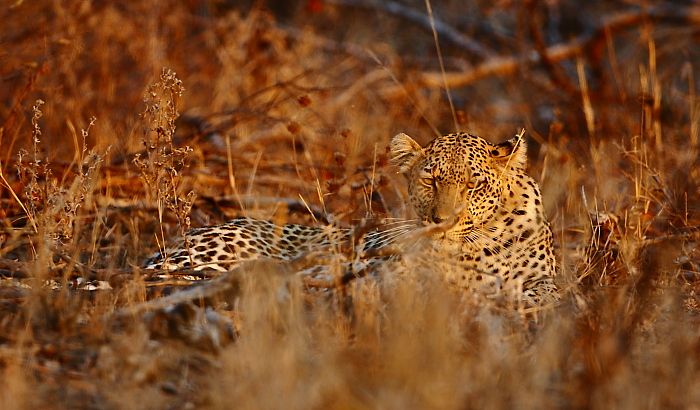 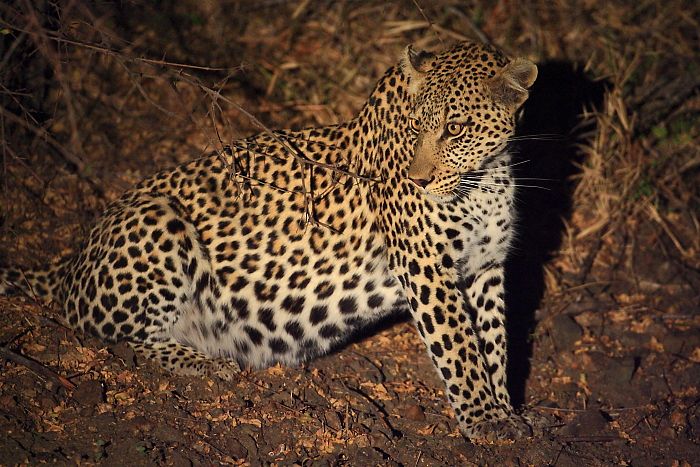 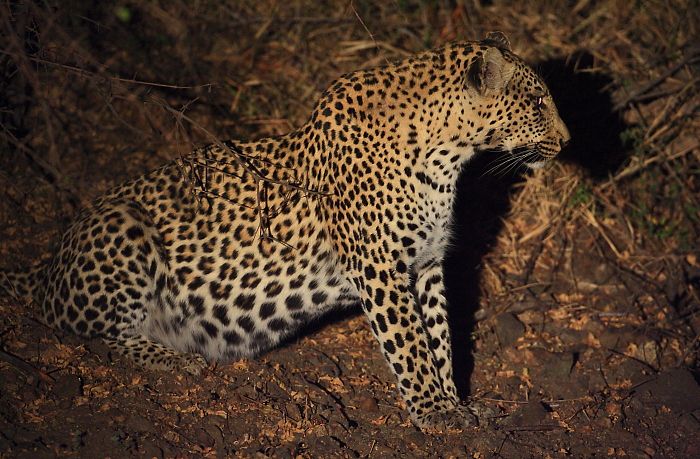 Story: Java Dam female is one of the most nervous leopards in the north, and as a mature female is appeared that she was unlikely to change. Time after time the guides would bump into her and she would simply run off when approached. Likewise, the guides would often find impalas hung up trees, or follow drag marks to a carcass, find no leopard, and return a few hours later to not even find the carcass anymore – Java Dam female would simply move the kill to a new location once she had been ‘found out’. If one found a kill in her territory, you would hardly even attempt to see her there, she was just that sort of leopard. ‘Was’? Yes, slowly, after several years, this female is relaxing slightly....but only slightly. How much? Well enough to actually consider responding to a sighting of her if she was found. She needs her space, and a fair amount of it during the day, but given that, she can be viewed for some time. At night, like all leopards, she is far more confident with the approach of a vehicle but don’t try drive through thick bush after her, she will simply disappear! Besides that ‘flaw’ (well not so much a flaw as acting how leopards typically act; we just get spoilt with our other leopards!), she is a large and beautiful leopard, and seemingly a good hunter – she has even been found with a baby buffalo kill a day after she was found walking around on the edge of a buffalo herd! As for being a good mother, we can’t comment much on that as when she has had cubs in the past, she has been very good at keeping them away from us, and that doesn’t allow the cubs to learn not to fear vehicles. In 2010, there were reports of a female leopard and cub tracks on Java property, but no cubs have been seen. 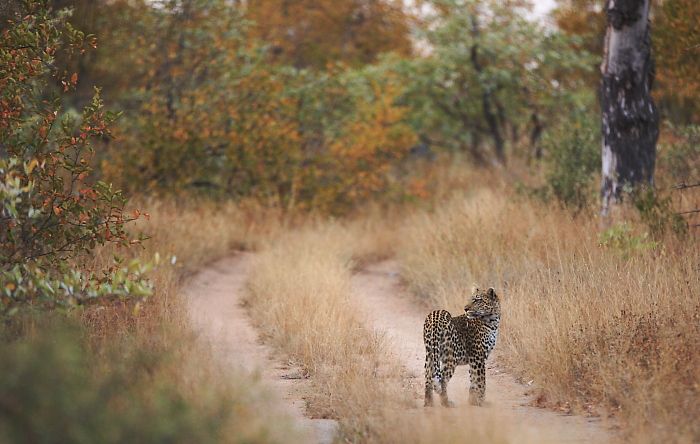 Although no proof exists, in 2010 Mbali female has been involved in a couple of fights, and based on her hanging around Sohebele Dam, it is likely that these wounds could have come from a territorial fight with Java Dam female.

We are hopeful that over the coming years, with continued sightings of this leopard, she will slowly get more relaxed and provide for better viewing.