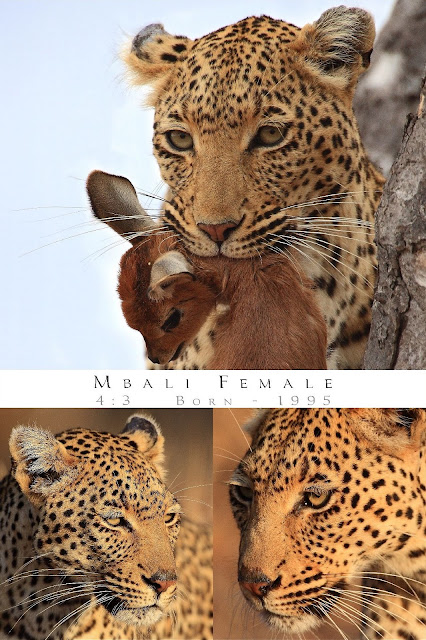 Name: Mbali female (Mbali means ‘flower’, but is a primary reference to the property by the same name that she used to be territorial over) 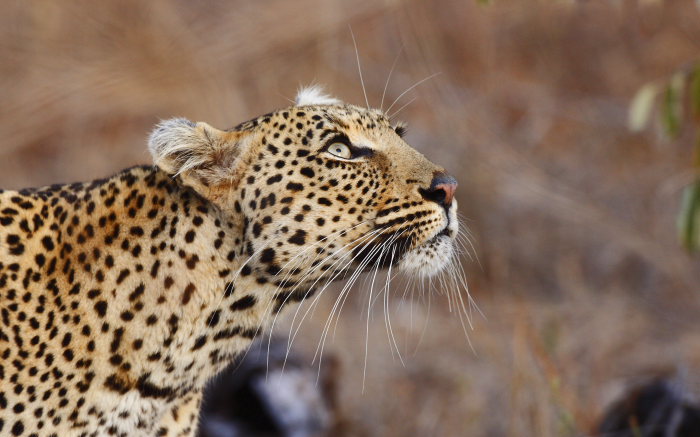 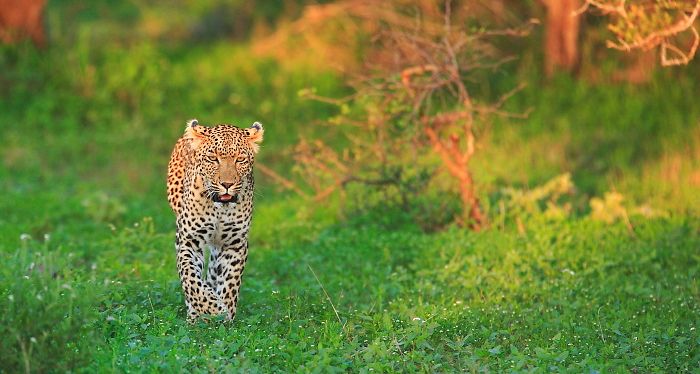 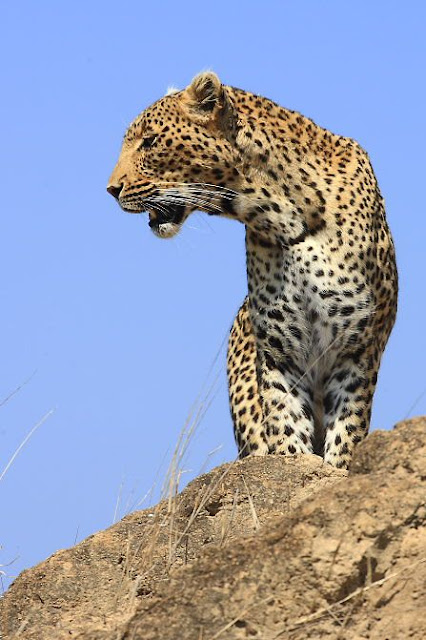 Territory: Mbali seems to move around somewhat overtime, and as such defining her territory can be a bit difficult. As her name suggests, she used to frequent the property of Mbali, but these seldom goes there much these days. Over the last three years, her territory shifted north from Mbali and the southern portions of Peru (west of the Nhlaralumi) further north once she gave birth to Kuhanya, confirming the suspicions that Argyle male sired that litter of cubs, and Kuhanya was brought up within the area controlled by Argyle male, and away from Mangadjane male in the south who would have killed her given the chance. During that time, Mbali was found almost exclusively on Peru, with Peru Dam on the Nhlaralumi being the centre of her small territory, but she wandered as far west as Voel Dam on the western boundary, and as far east as Sohebele dam, but never further east than that. Her northern limits were Argyle, and the southern limit of her range was Mbali. After Kuhanya became independent, Mbali disappeared for a while, possibly north into Ingwelala, but she eventually returned to central Peru. Then in mid-2010, Mbali started pushing east and was often seen around Sohebele Dam, and even further east into Karan’s property; an area she never used to go. Currently she is spending her time around the eastern half of Peru. Interestingly, I have heard of reports of Mbali as far south as Machaton Dam on Tanda Tula (although this was an exception as she followed a male down there to mate with him). 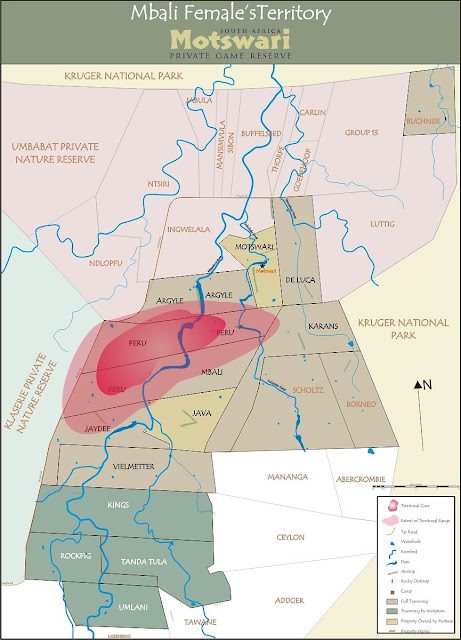 Male: Mbali’s territory used to fall into a patch of land that was overlapped by Mangadjane male and Argyle male. During most of her reproductive years, Mbali mated with Mangadajane, but in 2007 she mated with Argyle male in the north and sired his cubs. After the demise of Mangadjane male, Argyle male would have been expected to dominate the mating with Mbali, but in June 2010, she was seen mating with the Machaton male on the southern portion of Peru (at Lily Pan). There is also another young male, the Peru (or Goya Rd) male that uses an area overlapping Mbali's territory, and it is possible that at some stage he might attempt to mate with her (although at Mbali's age, it is uncertain as to whether she will have many more litters of cubs) Cubs: October 2010 – one cub was found at Klipgat Crossing, in the rocky outcrop along the Nhlaralumi that Mbali favours as a denning site for her cubs; she was not seen at the den, but it is suspected that she was the mother. The cub appears to have been abandoned and is assumed dead.
February 2010 – cubs suspected to have been born at the beginning of the year, but never seen.


2007 – two cubs born in November 2007; Kuhanya female (survived to independence) and a young male that was killed at 6 months old. This was the first cub Mbali ever raised to independence.
1999 to 2006 – Mbali is rumoured to have had five litters of cubs in this time, but didn’t successfully raise any of them. How all of them died is not sure; she was found eating the first cub she ever had (but wouldn’t have killed it herself); a black mamba was seen in close proximity to another litter of cubs that weren’t seen after that day; and the Sohebele lionesses killed another litter of cubs when they stumbled upon them one evening. 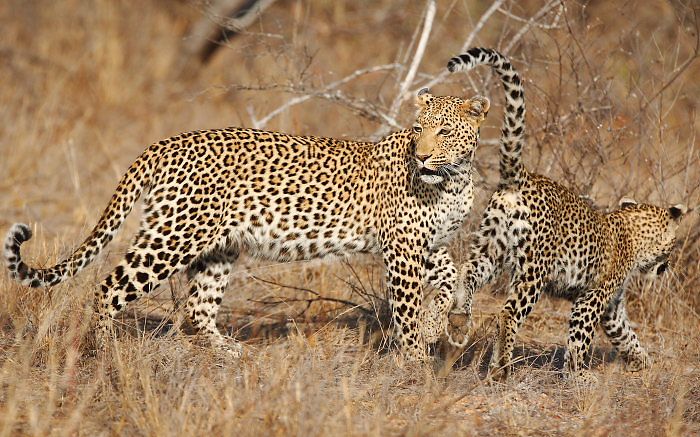 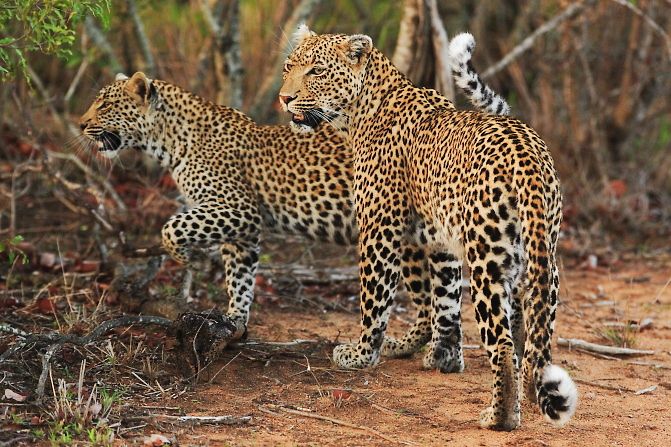 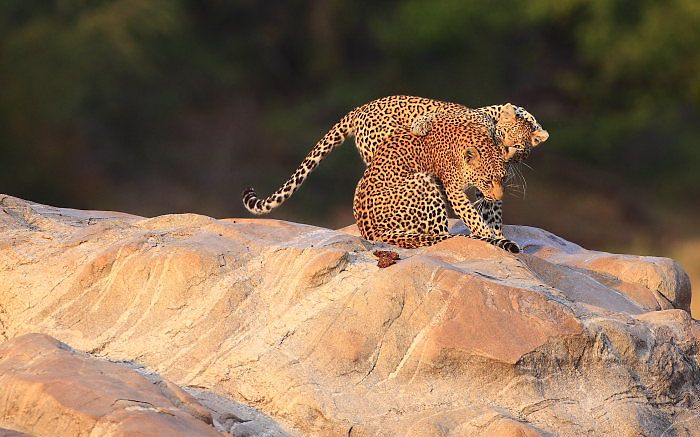 Mother: Java female
Father: Unknown
Siblings: Mbali had one brother; rumours state that Mangadjane male was her brother, but most guides dismiss this theory.
Neighbours: Due to the wide area that Mbali roams, her neighbours will constantly change, but generally her northern neighbour is Argyle Jnr female, and her southern neighbour is Java Dam female. To the west a young female called the Voel Dam female overlaps Mbali's territory. Mbali‘s daughter, Kuhanya, is still found utilising the eastern and central portions of Mbali‘s current territory.
Story: Mbali is the grandmother of northern Timbavati, but sadly not in the literal sense due to her bad luck when it came to raising cubs. Mbali is, however, the old girl of the reserve, and has many years of experience as an amazing huntress and seems to stun guests with her relaxed nature. Mbali was born to the first really relaxed leopard in the reserve, the legendary Java female, who passed on her relaxed disposition to Mbali. Mbali is without doubt the most relaxed leopard in the Timbavati, and seems to accept Land Rovers into her environment just as she does a tree or a termite mound. Over the years, this leopardess has realised that the vehicles pose no threat to her, and she tolerates our presence in her life as if we weren’t even there; this is brought home when she walks past a Land Rover and literally brushes along the side as she goes! If she is feeling lazy, she might even walk underneath the Land Rover rather than around it! She is one amazing leopard, and occasionally even attempts to use the vehicles to assist her hunting, only stalking when the vehicle engine is on, but is this occurs, the guides leave the sighting to let her hunt naturally – something she doesn’t struggle to do! 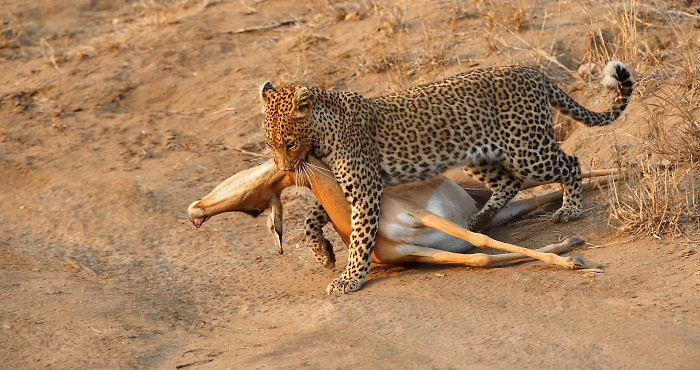 As a huntress, she is extremely efficient, and being a small leopard, targets small prey, with steenbok and duikers making up a good percentage of her meals. During the lambing season, she catches many young impalas, and just prior to lambing season, Mbali targets the heavily pregnant impala ewes. As if that wasn’t enough, during the impala rutting season, she goes for the large impala rams (weighing 50 percent more than herself) that are too engrossed in fighting to pay attention to her slow, stealthy and exceptionally patient approach (she is the most patient of the leopards too when it comes to hunting, possibly learnt with age?). If Mbali wasn’t hunting antelope, she would not mind going for large monitor lizards or even massive pythons! And if live meals couldn’t be found, she was not above scavenging, be it a week old monitor lizard or a buffalo carcass, 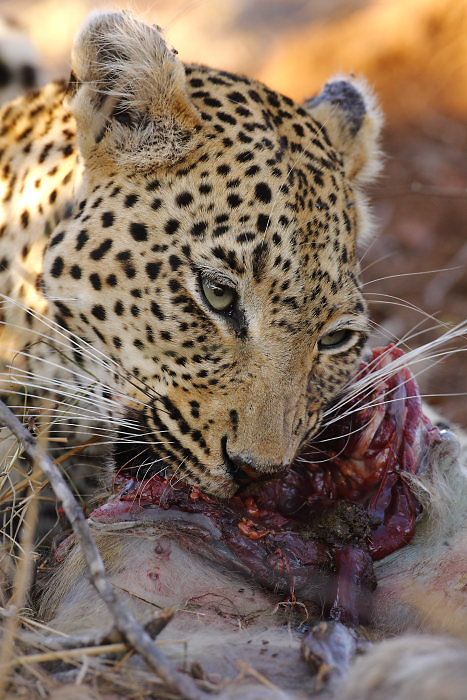 One thing that Mbali wasn’t very good at though, was keeping her kills, and she lost many of them to hyenas as she seldom took the larger carcasses up into trees, preferring to stash them under a bush instead. This might have had something to do with the fact that she lost both her top-right and bottom-right canines – the teeth that are essential for gripping the carcass when hoisting it into a tree. This is not to say Mbali couldn’t do it, and she proved to us that she could on many occasions, but there were many more when she left the hyenas happier than she was!
The only dampener to Mbali’s legacy is the fact that in all her years, she only successfully raised one cub. You can put it down to bad mothering, bad luck or bad whatever, but the fact is that it is a shame that she couldn’t sire more leopards as relaxed as she is. The rumours that Mangadjane male (the male she used to mate with most frequently) was her brother led to some guides saying that this is the reason her litters failed; but even if there was some incest, that doesn’t lead to ones cubs being killed by lions! Whatever the reason, Mbali ‘failed’ as a mother more than once, and it is uncertain how many more times she will be able to try have another successful litter; we will always hope that there will be at least one more time! 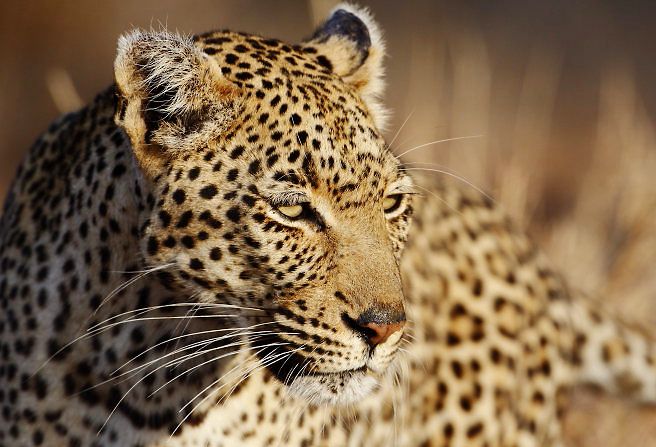 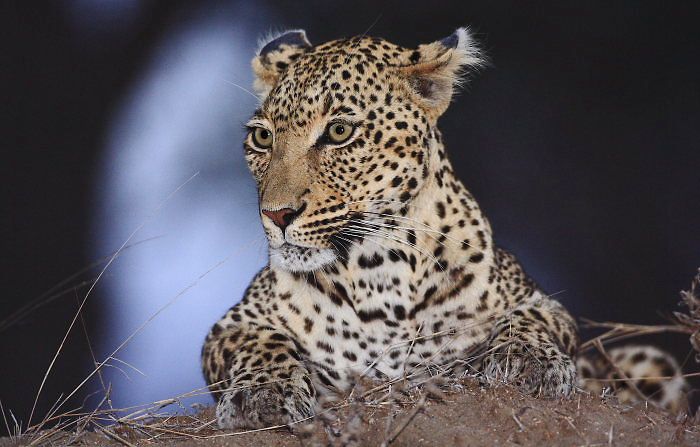 Lately though, Mbali seems to have been having a tough time with her larger neighbours, and has on several occasions been found quite badly cut up after presumably engaging in a territorial dispute with another female. Being our beloved leopard, we will always root for her, and hope she pulls through the latest set of injuries suffered in September 2010.
Interesting News:
at 21:29