BREAKING NEWS - White Lions Are Back! 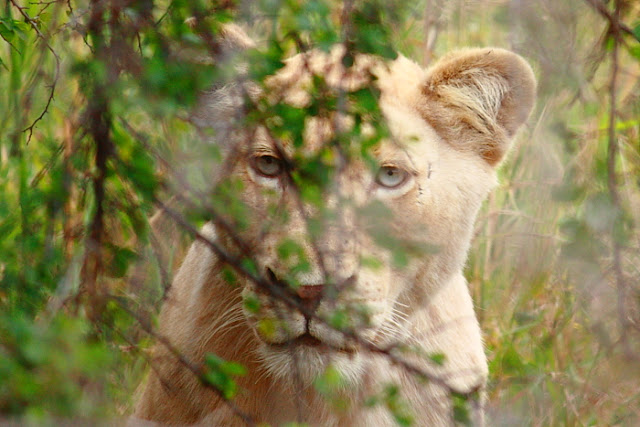 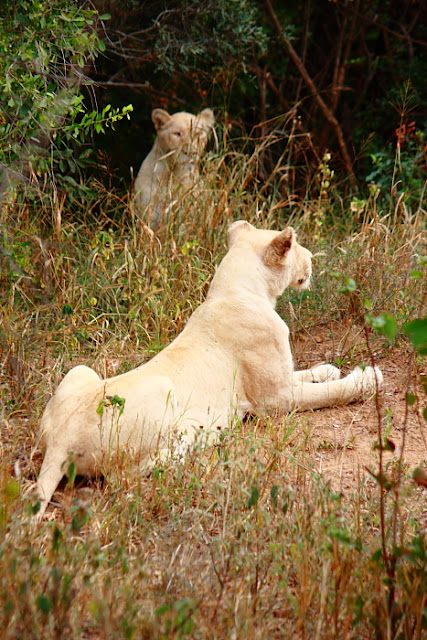 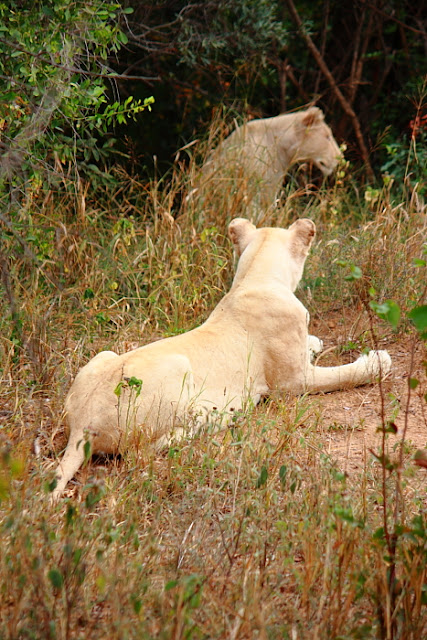 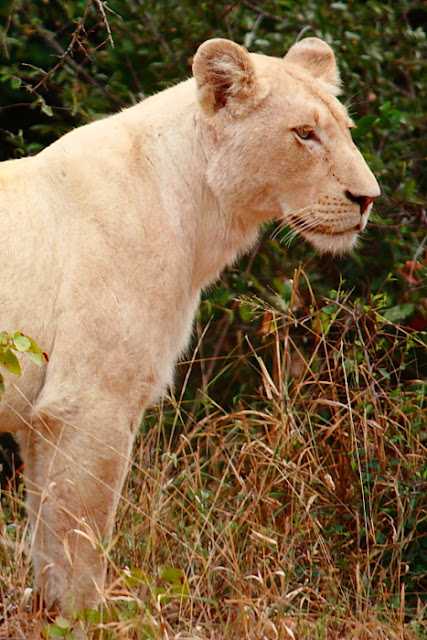 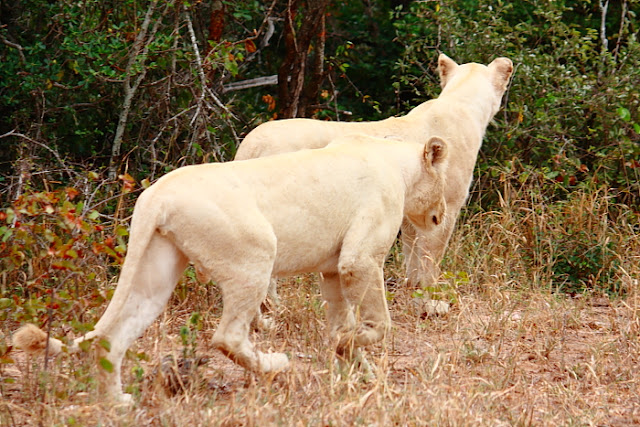 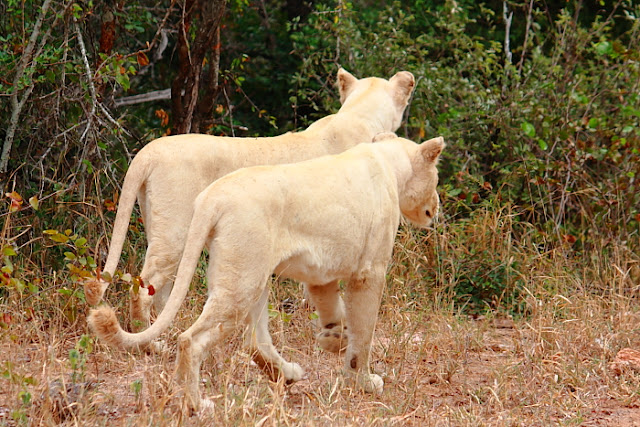 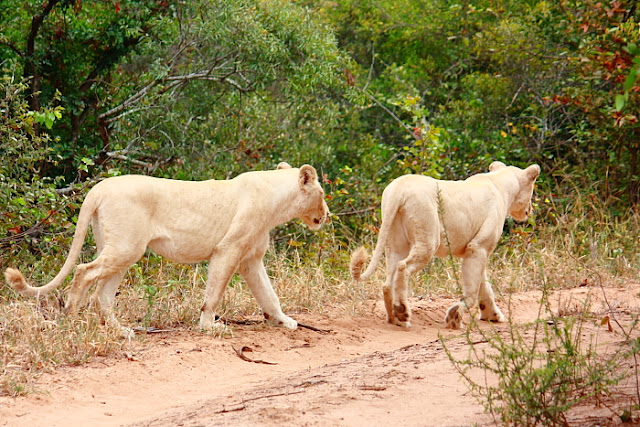 After almost 4 months, the white lions have made a return to our area!  We sent out a whole tracking team to locate them this morning, and eventually towards the end of the drive they managed to find them!

Grant was the only one who got to see them - they appeared a bit nervous of the vehicles, which is understandable considering their 4-month absence...but I will let Grant fill you in on the details later when he is back from drive!

I've added some pic's that I took so that you can see how big they have become and in what great condition they are in. Truth be told, on finding them I forgot I had a camera and only came too as they were moving off. Realising I had not taken any pic's I shot these off more as proof for Chad. It was great to just sit and marvel at our long lost friends!