Hearing that Lions were once again roaring to the North from the same spot as they had been for the last three nights and then also in the South East we chose to head to the South as we suspected that the one's in the North were calling from Ingwelala, our Northern neighbour. This morning was D-day for many of us and not having seen Lions since the evening of the 23rd it had now been six days since our last sighting and all the guys around the reserve were desperate. This was evident in the routes the guys chose to drive and areas not often visited, if ever, were now being called on. Jacky and I picked out a great route that would have us cover our projected area perfectly and if they were there we would definitely find them. Ignoring all else we set off on our mission, this was made easy as there appeared to be nothing else out there on our route at least. Further to the West the guys had picked up on Elephant, Rhino, Buffalo and Hyena so not a bad morning for them but also they did not find any sign for Lions coming in from the North or the West. Focusing on any signs or tracks for Lions we continued along our route but found nothing. This became disheartening especially as we travelled through the area that we thought the calling had originated from finding nothing as well. Reaching our Southern boundary we turned to the East and one more time entered no-man's land to chance our luck. For a third day in a row we found nothing in this region and even Impala seemed to have vacated the area. Reaching Kudu Pan we stopped for a coffee and strategy break. 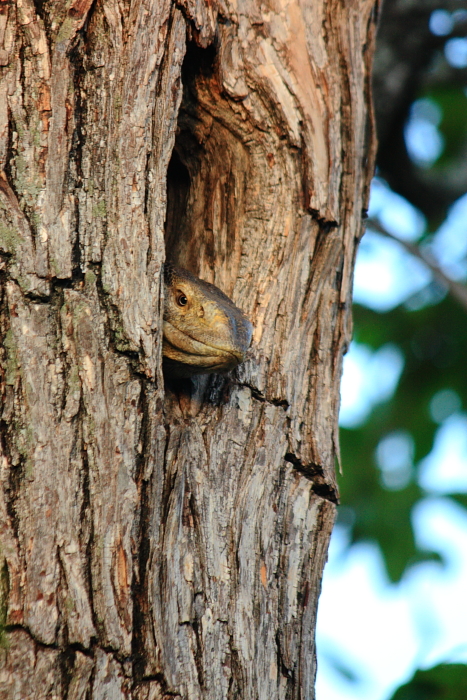 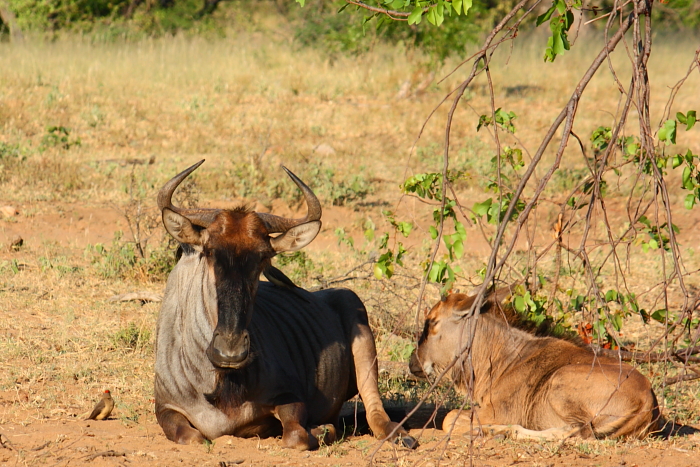 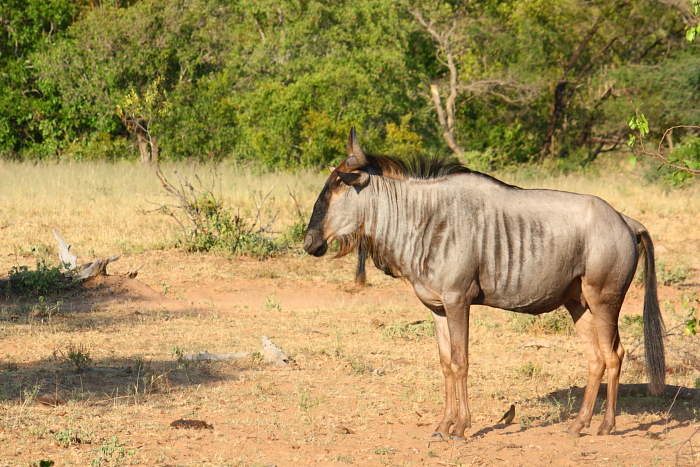 Resuming we decided to head further East to the Kruger Boundary and then head all the way back to our Northern Boundary. Things picked up a little but not much and on reaching our Northern Boundary we ran into our neighbours who informed us that they had a pair of mating Lions on their property the last few days and that is where the calls had been coming from. This morning they were no longer there and it was suspected that they had moved South but had not reached our boundary yet and it looked unlikely as the mercury had reached 29C by 09h30 and they were more than likely now resting up in the shade somewhere. Although our last ditch effort had come up short there is hope for the afternoon as a little South from their position is the closest water and hopefully after dark they will visit this spot. Just to make sure we headed there on our way home to check that they had not in fact crossed. Not finding them we did find Classic a very impressive Bull Elephant and a beautiful breeding herd of Elephant that had recently visited the said waterhole. It is amazing the healing power of Elephant and spending a little time with them all our troubles seemed a distant memory, what Lions. With all our guests checking out Jacky and I get a new family this afternoon, lets see what the bush has in store for us. 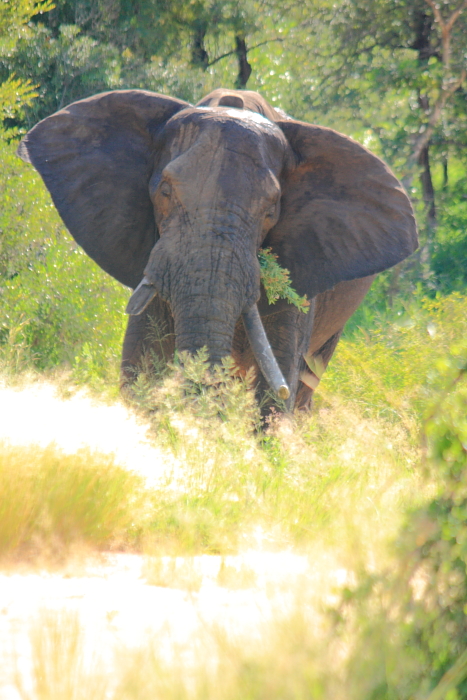 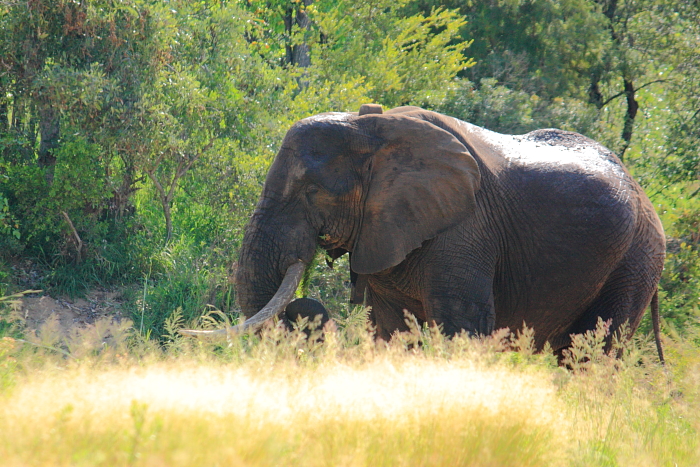 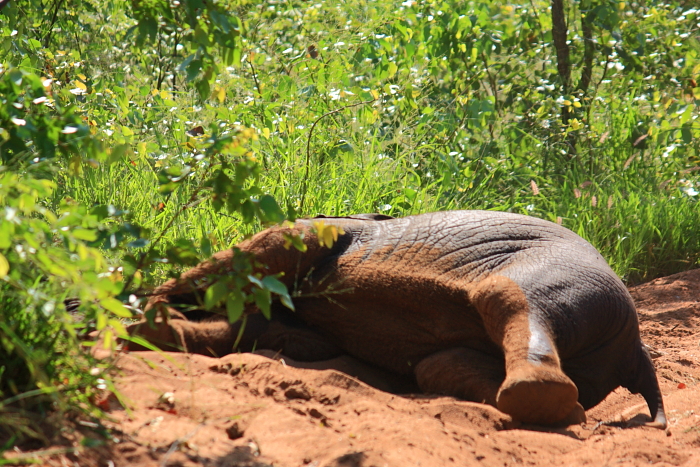 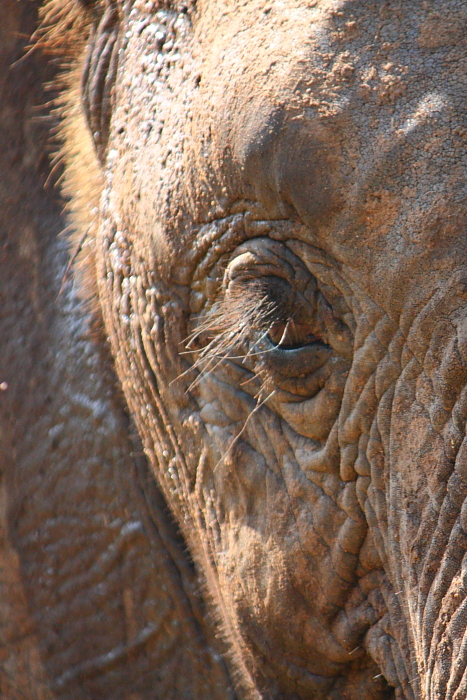 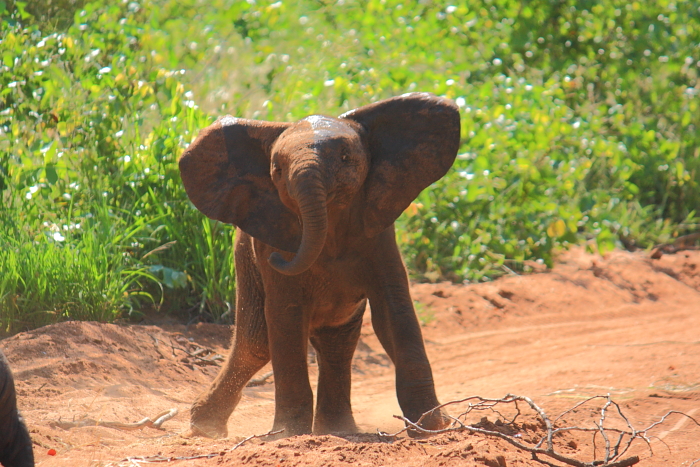 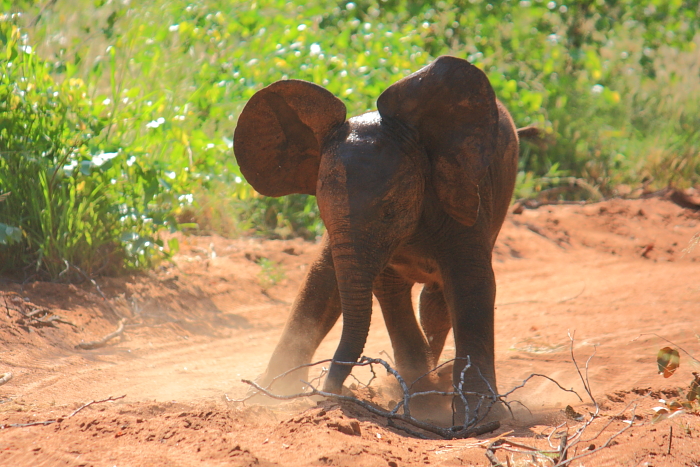 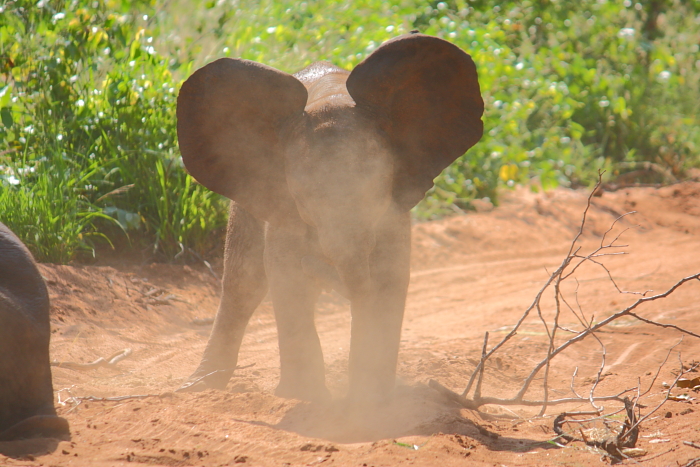 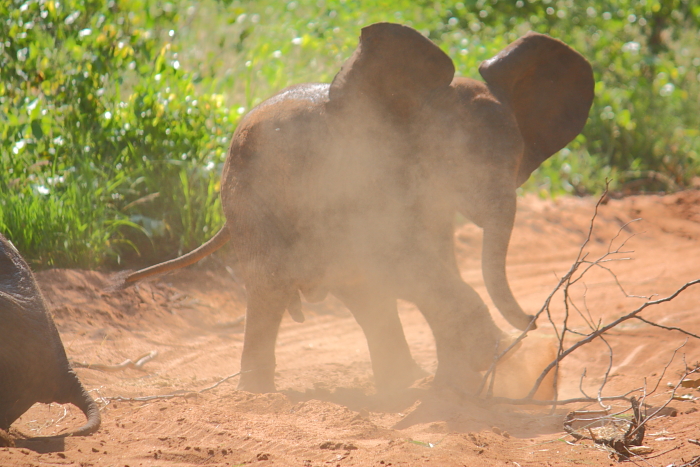 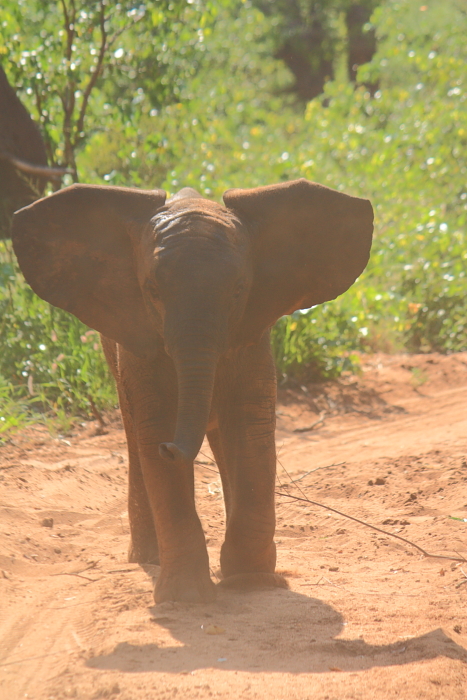 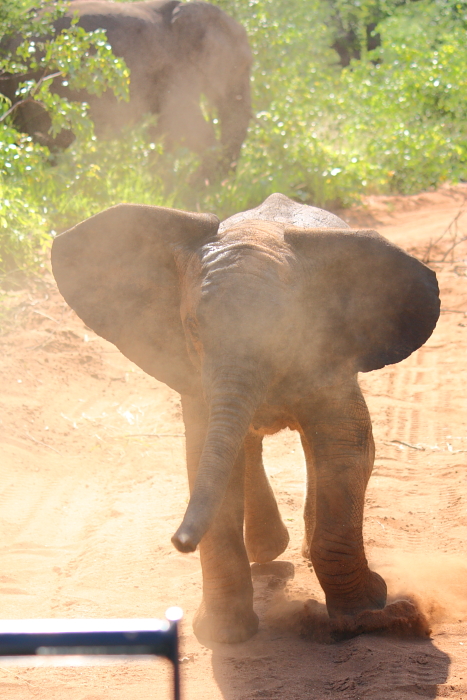 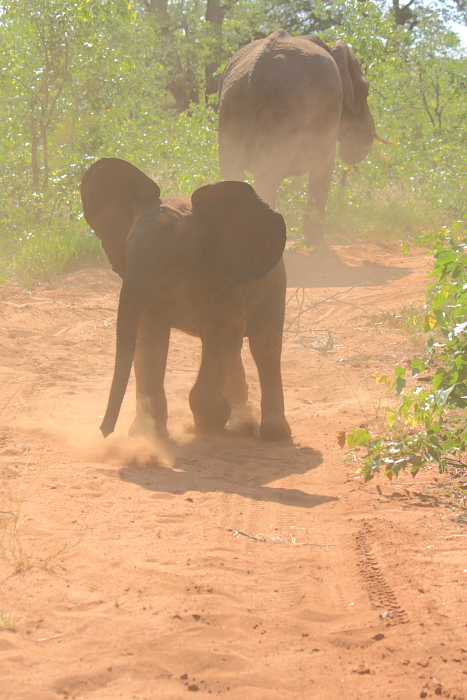 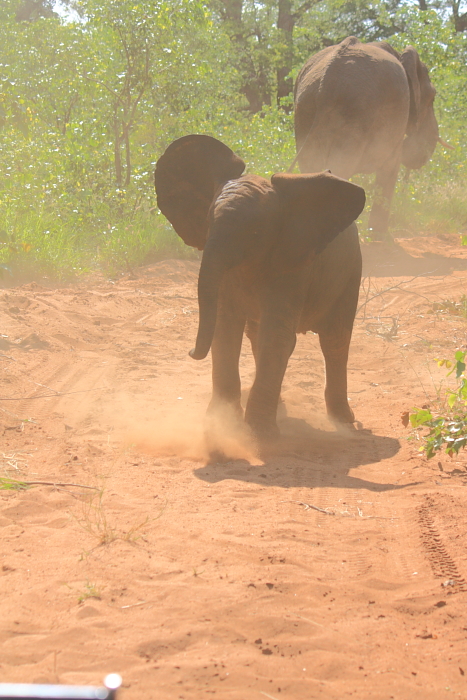 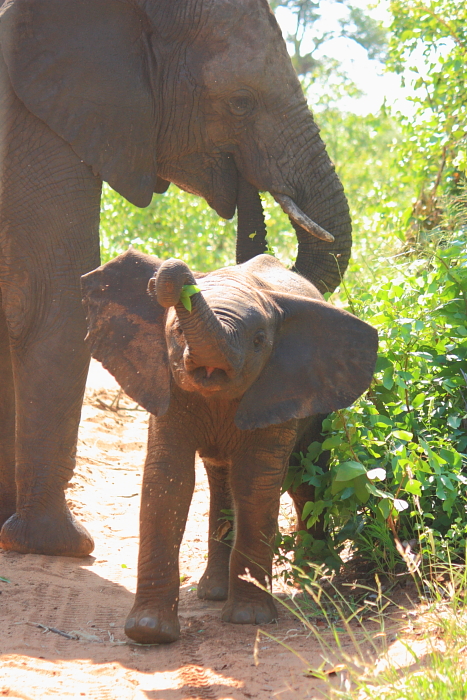 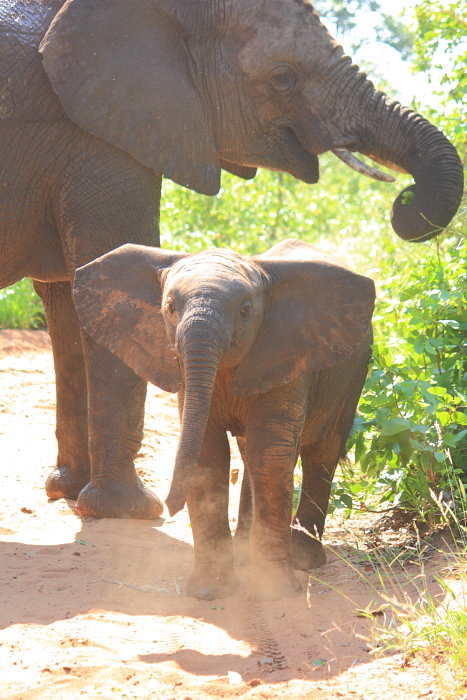 New guests, new beginning. It was good to set off on afternoon drive with no pressure and anything we found was new and exciting so we could bumble around and take in anything and everything that came our way. As had been with the last week we set off in scorching conditions and these were reflected by the number of animal sightings we found in and around the water. A short distance from camp we once again found our now resident Cape Buffalo, or should that now be Water Buffalo, resting in the Sohobele river at Mfene Crossing. If they had not been there they would have been in the mud wallow on the Western bank of the crossing, so we can safely call them residents. Choosing to head West we wanted to check on Vyeboom Dam and see if we could pick up on one of the many Elephant herds in the area. Shortly before reaching Buffalo Pan we found ourselves a nice herd of Zebra and while sitting with them we received a message that on the Western side of Buffalo Pan itself was a herd of Elephant moving to the West. 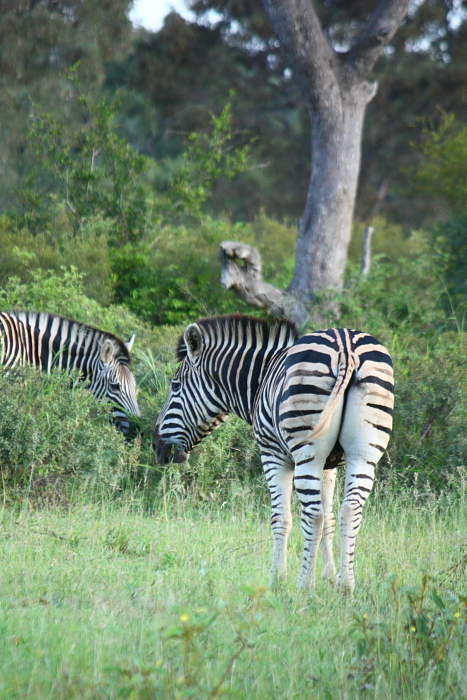 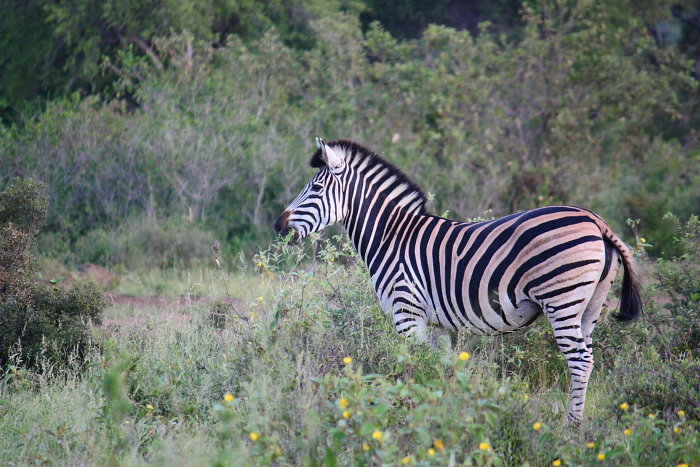 Finished with the Zebra we made our way to our pachyderm friends looking forward to spending some quality time with these gentle giants. Unfortunately they seemed to be on a travelling mission and we caught them as they disappeared into a very thick area of Purple Pod cluster leaves. Weaving our way around we got limited views of them so we decided to head back out and try drive around the block and catch them on the other side. Getting around we found that they had not crossed out the big block yet and with it being made up mostly of the said cluster leaf we chose to move on as no doubt we would find an easier herd to see. 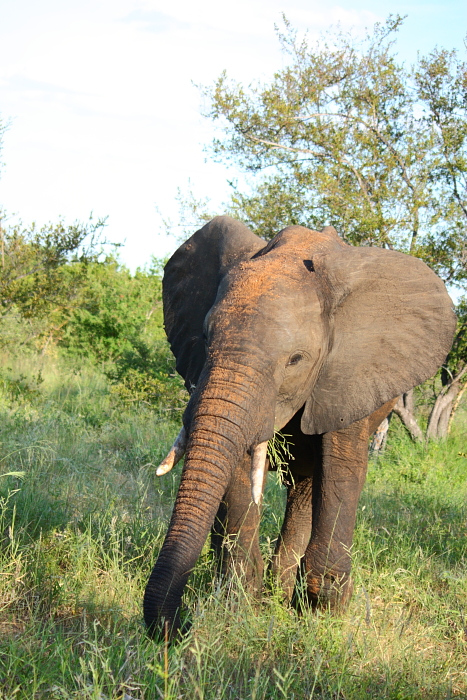 As if on cue another herd was called in along the Tsharalumi River and not far from our present location. Making our way in their direction we found this massive herd out in the open slowly making their way from the cool shelter of the river. Sitting in an open clearing ahead of them we watched as they slowly fed in our direction eventually enveloping the entire car. At one stage there were so many around us and so close that it felt as if the sun had set with the light they blocked out. Watching in awe we lost track of time and when they eventually moved on it was time for us to find a sundowner spot. 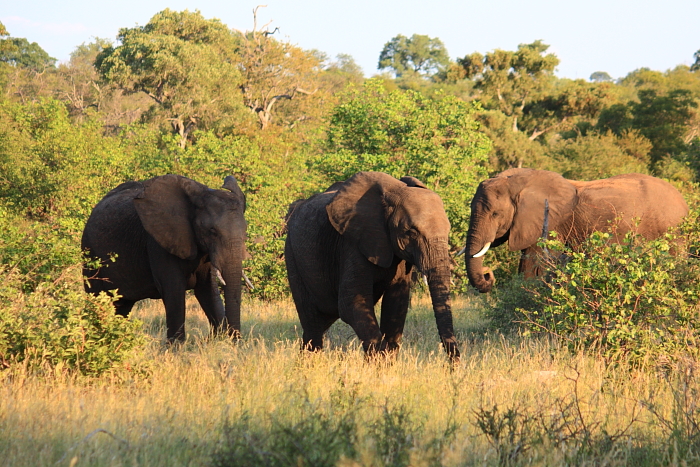 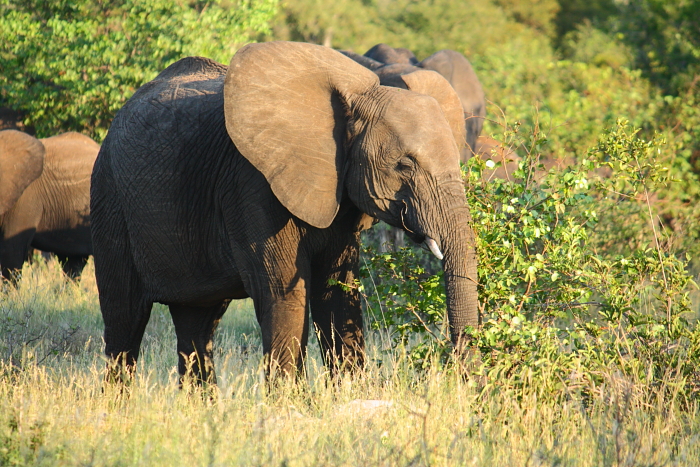 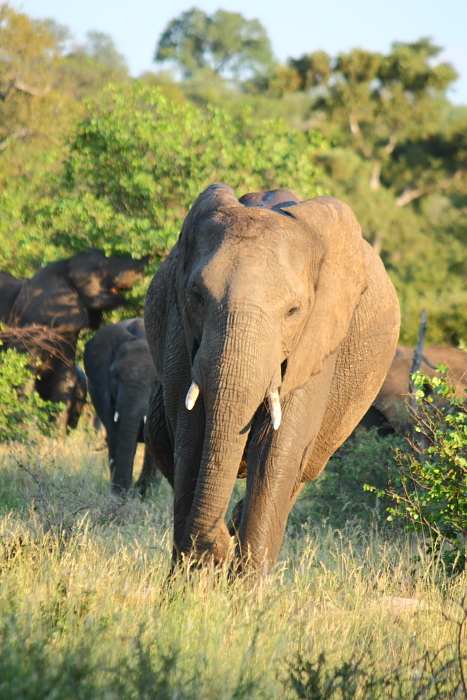 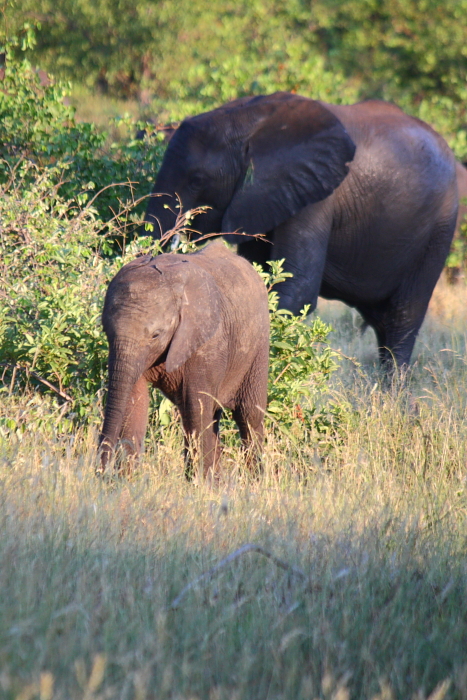 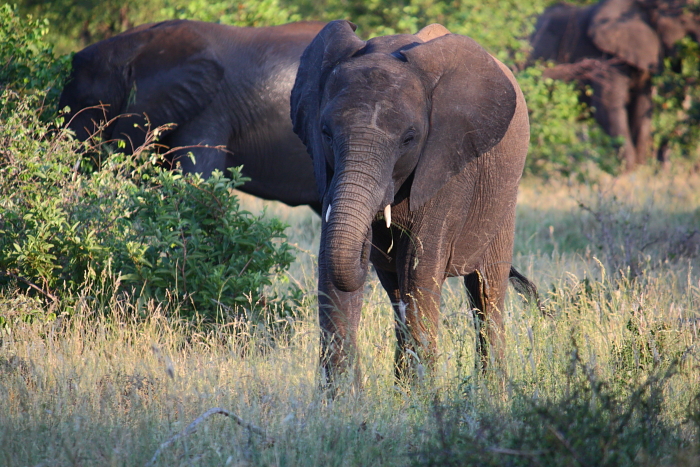 Choosing the beach that is the Tsharalumi riverbed we took a very relaxed sundowner. Resuming after drinks we headed to the North East wanting to check if the honeymoon couple, the two mating Lions, had perhaps moved across our boundary to the nearby waterhole. Reaching the pan after dark as planned we looked around the area but there was still no sign of the King of the Jungle, maybe tomorrow.
at 11:45