Lions ( Machaton Females & Cubs) / Umlani - Eloff Rd.
Buffalo ( Dagha Boy) / Umlani - Eloff Rd.
Daily Synopsis
Finally the rains returned after nearly three months absence with a spectacular African thunderstorm, that filled the sky with blinding flashes of lighting and deep booms of thunder! The 34mm of rain that fell was hijacked by the trees and grass dying for any moisture, and the water that did make it to the ground was absorbed like a sponge drawing it in to underground storage.
Morning drive set off in the final splattering's of the storm and it was not long before the sky lifted and brightened. Usually in these circumstances the game viewing is good, as the animals have spent the time sheltering and when it breaks they set off about their daily duties. Unfortunately today was to buck the norm and Herald and myself had an extremely quit morning. I don't think the fact that their was only the two of us driving the entire Northern traversing area helped either. It was nice to have the entire area to ourselves and not run into any other vehicles or people, gives you a sense of solitude, our problem was that we didn't run into any other living things either and felt completely alone. Amazing how when you finally find solitude, you crave companionship! 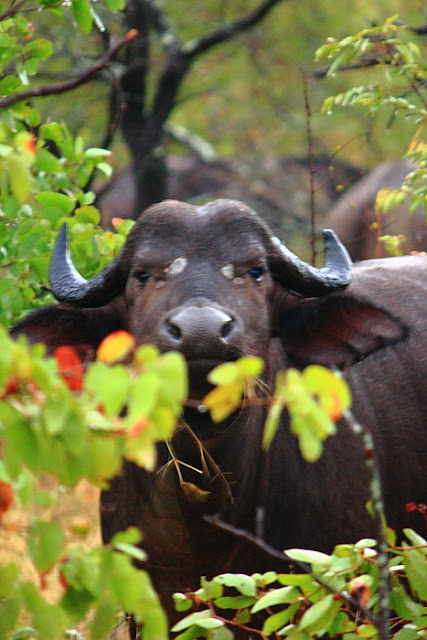 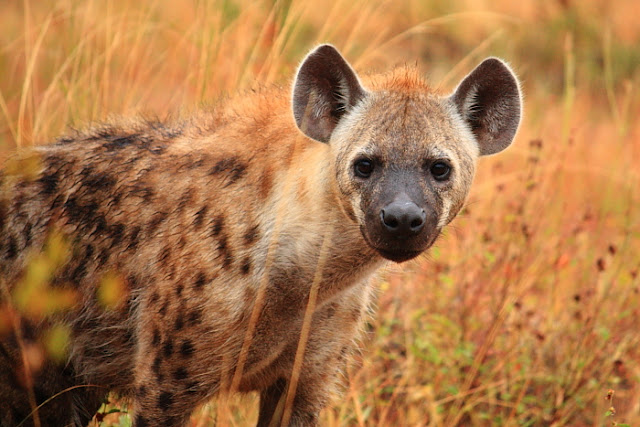 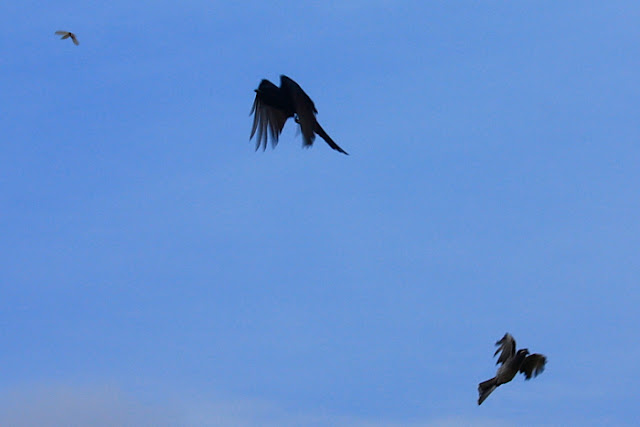 With the sun breaking at the end of drive we hope that the afternoon holds a few surprises for us.
The afternoon was to hold a surprise for us, the clouds closed in and a slight drizzle set in for drive, this after I promised everyone that it never rains during the day! Setting off in less than ideal game viewing weather we had our work cut out for us. Still trying to find Leopard we spent a fair amount of time around camp looking for our resident, Kuhanya. Not having any joy we widened our search to the West. Herald was still in search of Rhino and he decided to try his luck in the South West. With the wind picking up our jobs became that much harder and the animals appeared to follow this mornings suite and hide! After an hour of no radio communication, I had to call Herald, one, to confirm my radio was working, and two, to make sure we were not alone! Coming up empty handed in the North, we received news that the stations in the South had relocated on the three Machaton Lionesses and three of their cubs from the morning. After hearing about our exciting afternoon, Umlani came to our rescue and invited us down to come view them. We needed no second invitation and both Herald and myself headed in their direction, up until then we had only seen two Warthogs and a solitary Giraffe, oh how could I forget, the dung beetle and a chameleon, who I'm sure was on his way to find his winters hiding place! 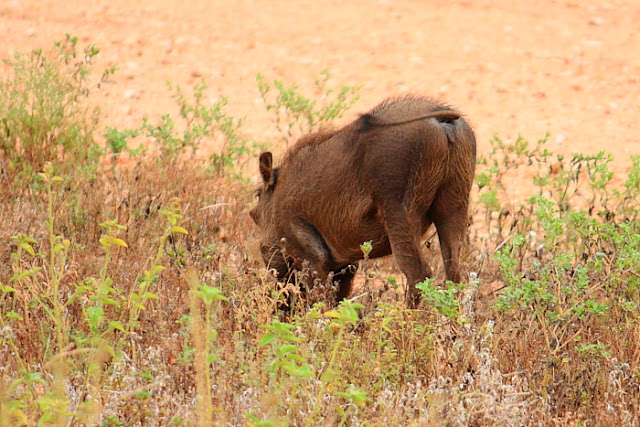 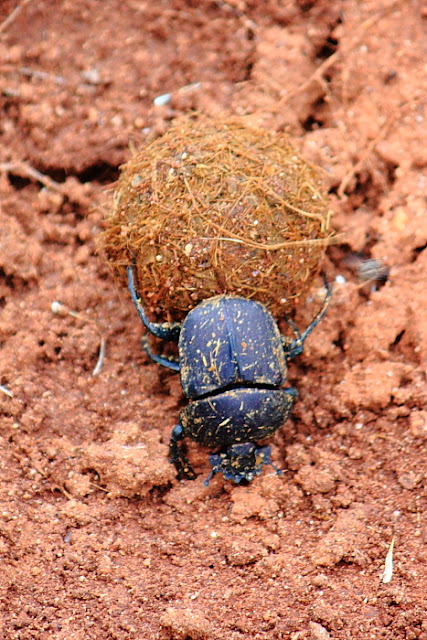 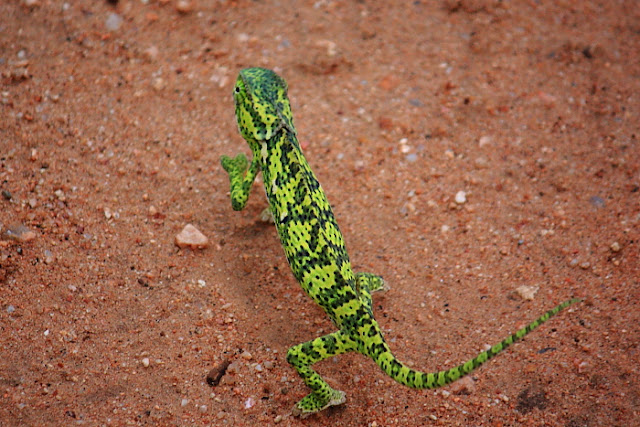 Arriving at the sighting we found all three Lionesses sleeping off their indigestion, clearly having eaten something fairly recently. The three cubs also had very round stomachs and they to were all cuddled together taking a nap, which was only interrupted to try roll round their barrel tummys to find a more comfortable position. 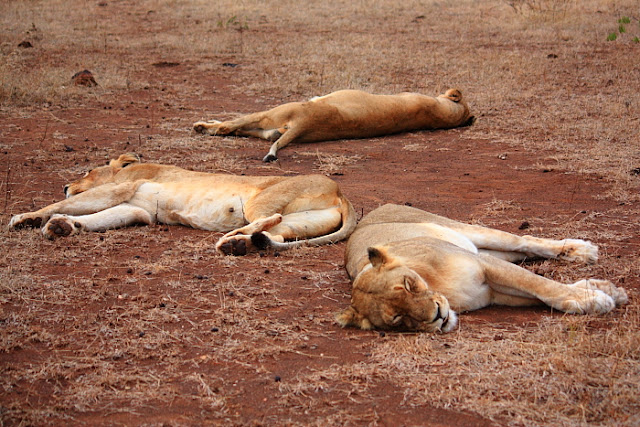 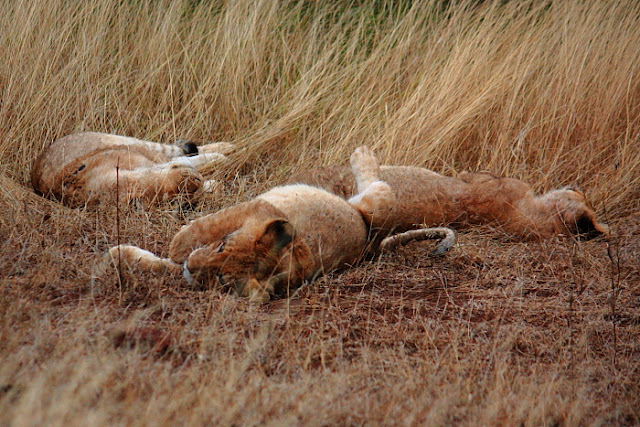 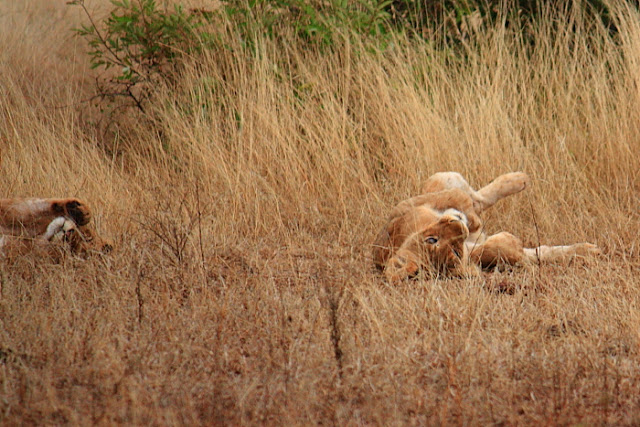 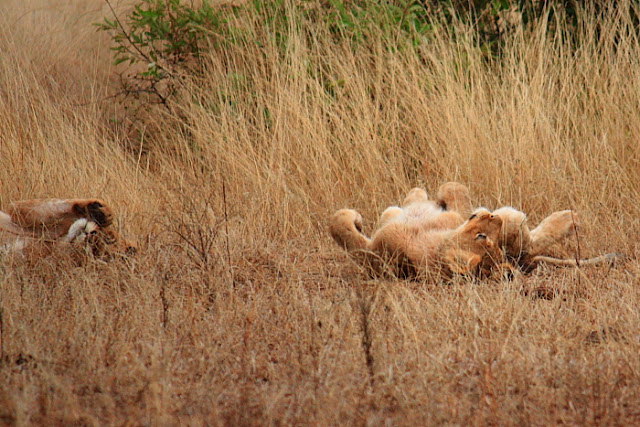 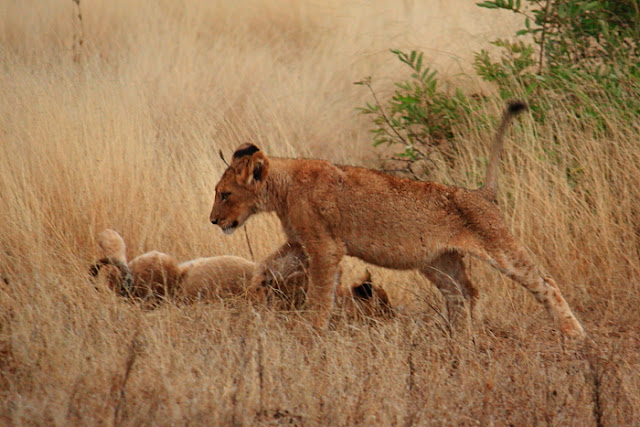 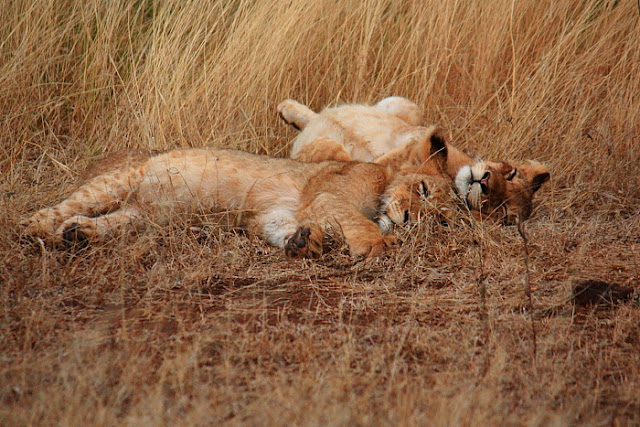 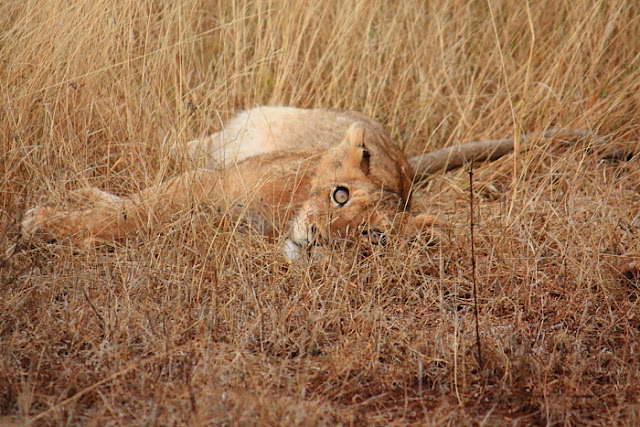 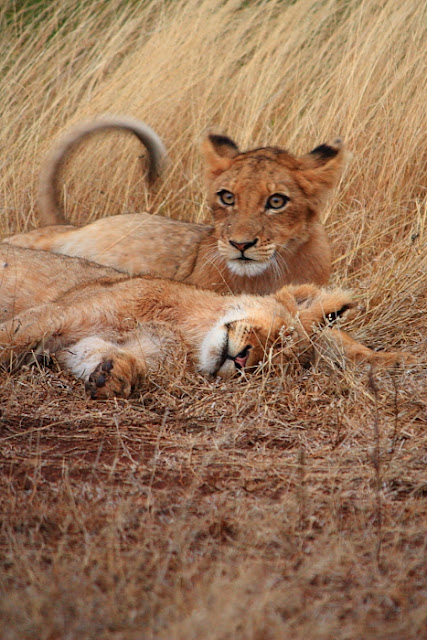 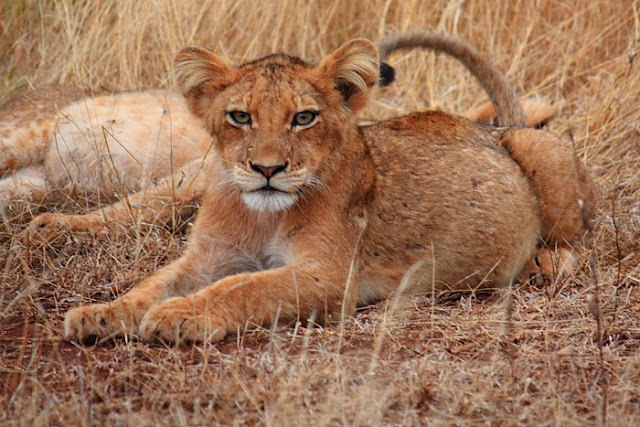 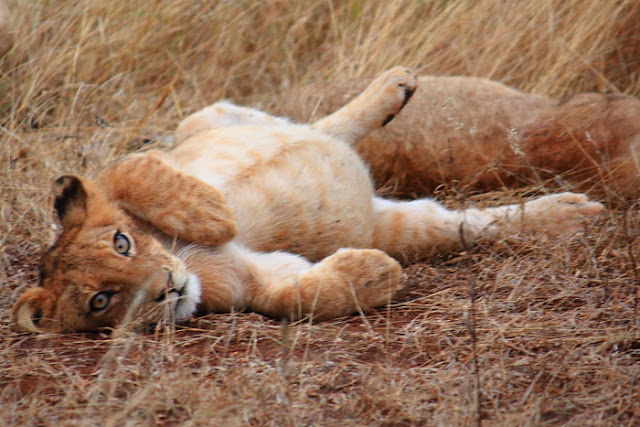 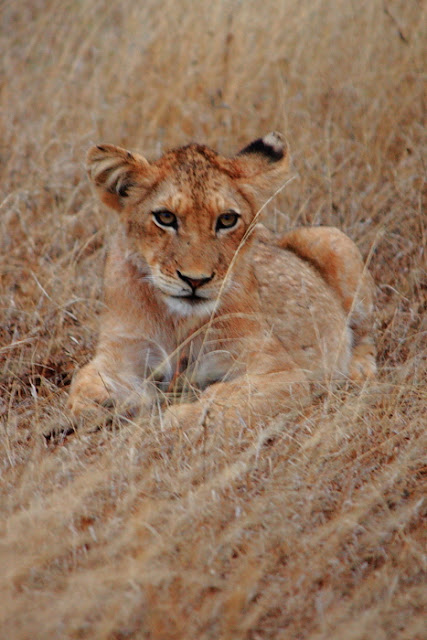 While sitting there we were invited by Kings to a sighting of Ntombi and her cub on a kill that had just been found. It's amazing how quickly the bush springs to life, specially after you find the first thing. Running out of time and wanting to spend a few extra minutes with the Lions, we decided not to respond to Ntombi and would take the chance that she would be there in the morning. Her kill is up a tree, so the chances are good, but you can never take anything for granted in the bush, we wait and see!
at 13:37