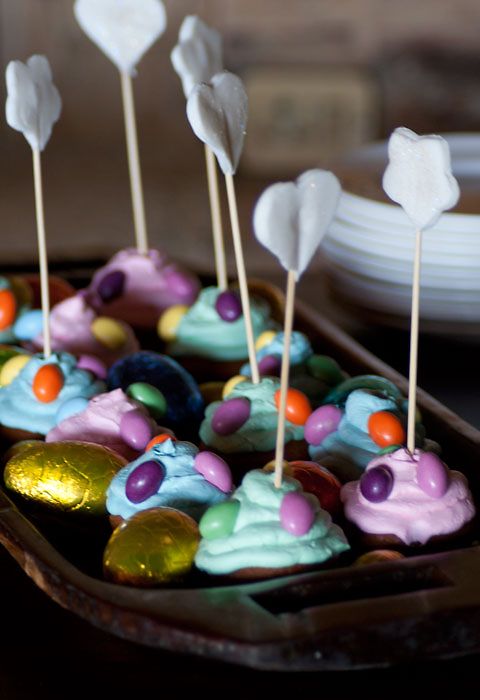 Monday started off slowly for me, I guess much it did all over the world!  I headed east, full of excitement and truly believing that I would find the wild dogs that had been seen yesterday.  The drive started off well enough with impala and a herd of zebras not far from camp, but that almost seemed to be where it stopped!  I checked all the areas that I thought the wild dogs might have utilised, but found no signs.  I drove on roads that had clearly not been driven for months and found very little out east.  I guess that’s the whole thing about the east; it’s a high risk drive with the potential of high reward...and if not that, it gives you nothing!  That is what I got this morning! 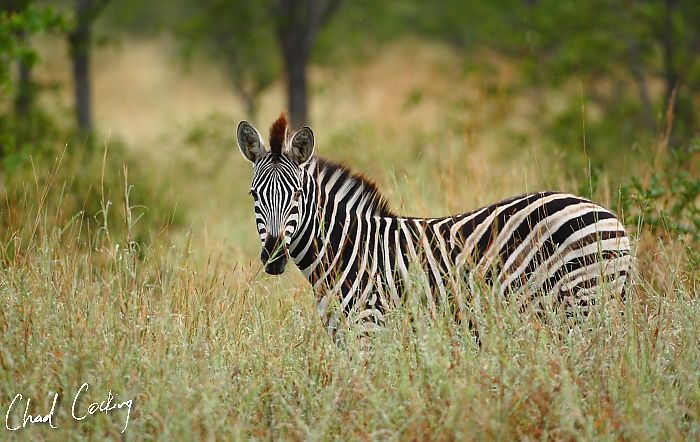 My guests and I still enjoyed the solitude of the east, and not seeing anyone else, or even hearing another vehicle for 3h30 was great.  We stopped for coffee at Gravel Pits Pan, which was worth it for me, as I don’t think I have ever seen much water in there...and I did see some wild dog tracks, albeit from a few days ago, but it’s good to know that at least they have been around! 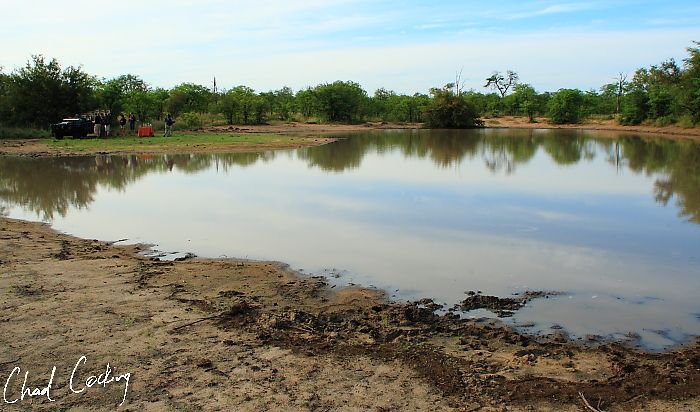 I was almost ready to respond to a sighting of Thumbela female leopard after we had been invited south by the King’s stations, but when I heard that Herald and Grant were going, I decided to rather just stick to my mission in the east.  Sadly for them though, the leopard was lost before they could see it, but they did see a nice large breeding herd of buffalo.  I guess this was partial reward for having spent the morning tracking rhino off the property into Klaserie (the same story as another guide who also tracked the Mahlathini male lions off the property to the west).
The highlight of my morning was something very small; a family of dwarf mongooses posing outside their termite mound hole! 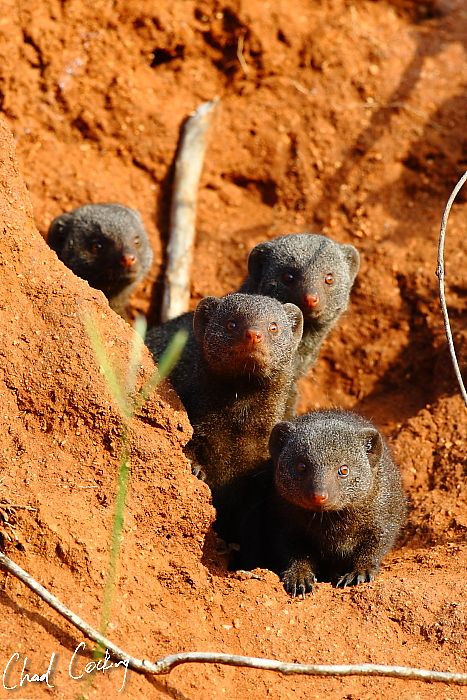 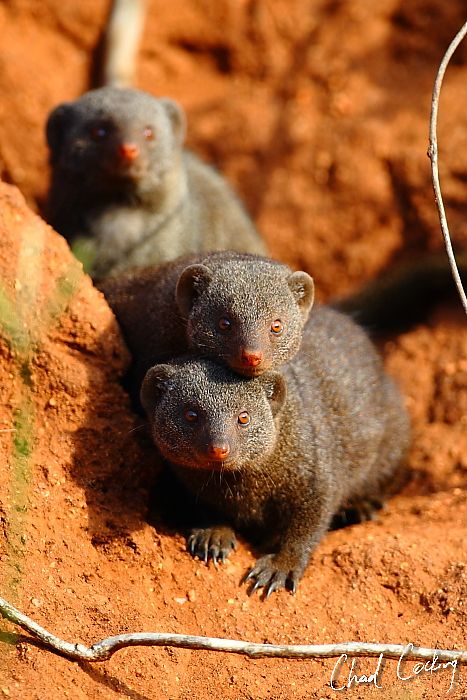 While watching some hippos at Sohebele Dam, my new vehicle decided it didn’t want to start, so while we waited for a replacement vehicle to arrive, we enjoyed a stroll along the dam with the hippos eyeing us out, and then a bit of an amble across Piva Plains before going back to camp.
We had no sooner finished breakfast when we were told that there was a leopard near camp...this is the second time in three days, so we got the guests and headed out to go and see the always impressive Argyle Male leopard!  He is a monster of a leopard, and is getting so unbelievably relaxed around the land rovers that he is on par with any other leopard in the reserve!
Despite being a warm day, he was very active and following the scent of something, not 700m from the lodge.  We followed him through some tricky terrain but eventually he went to rest in some shade and we left him to sleep and headed back to the lodge for a sleep of our own! 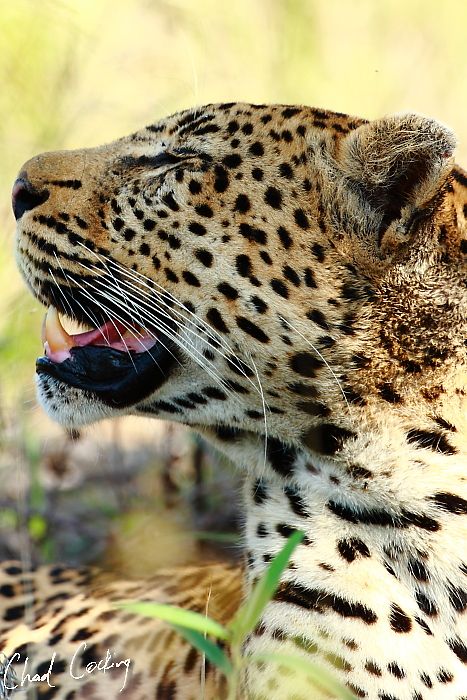 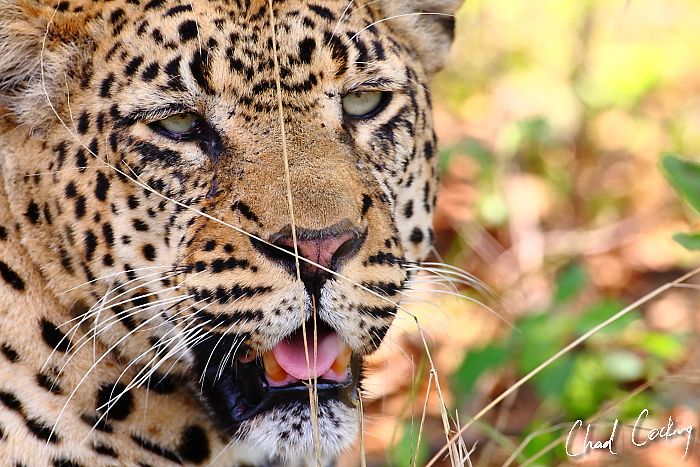 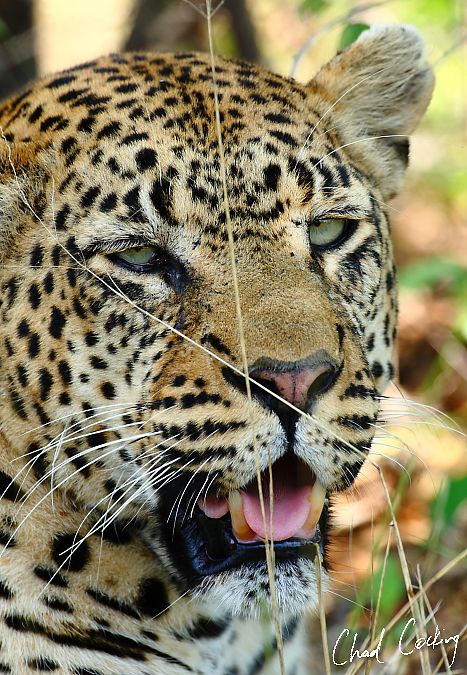 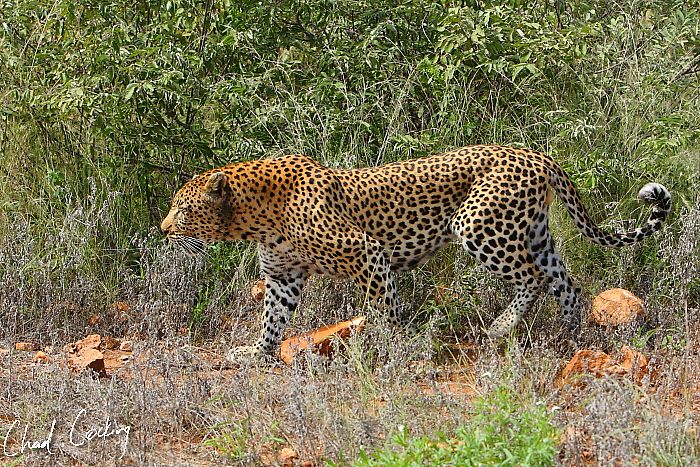 ﻿﻿In the afternoon, I headed south, and I had no sooner arrived there when Kuhanya female leopard was radioed in sleeping on Argyle Dam wall.  Oh dear, had I made the wrong choice again!  While Grant and Herald had good sightings of her and a nice afternoon in the north, I am happy to report that in the end, I made the right choice!


It started off with a couple of beautiful big elephant bulls on Western Cutline. 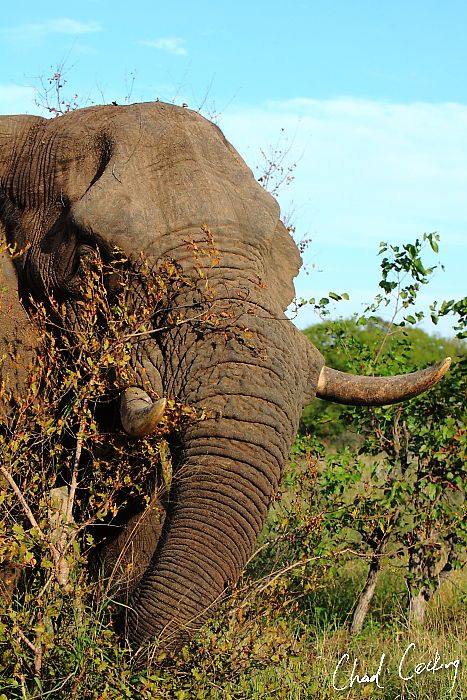 ﻿This was followed by some impala, warthogs, kudu and a nice group of giraffes.


We then drove towards Entrance Dam to watch a massive herd of several hundred (I would guess 500-600) buffalos as they drank at the small dam and carried on north.  It was great to see them at the water, as well as all the babies. 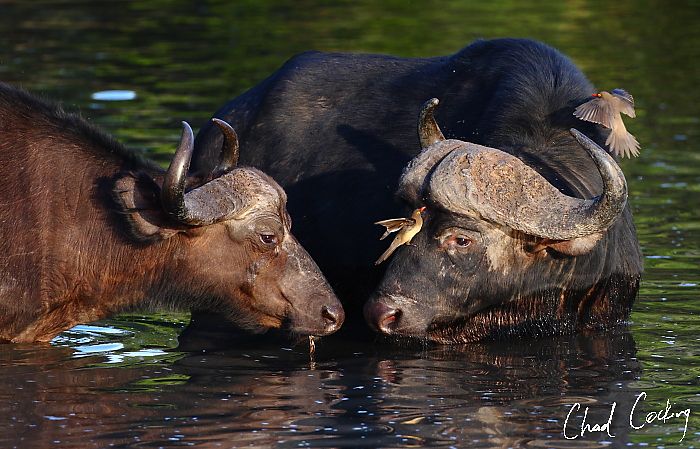 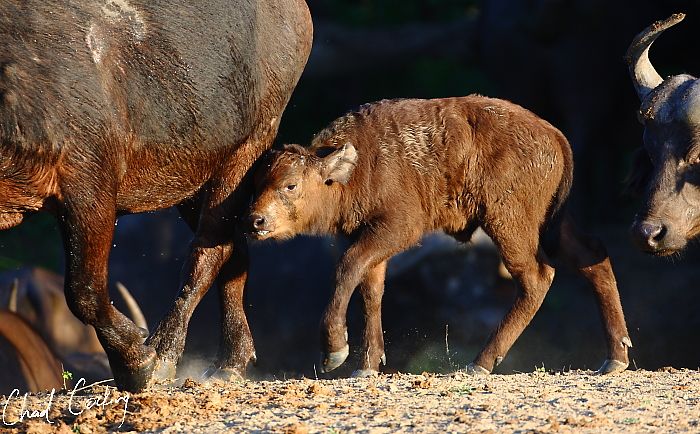 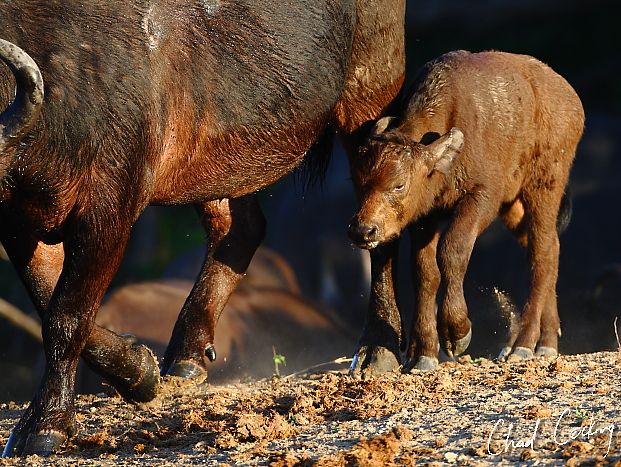 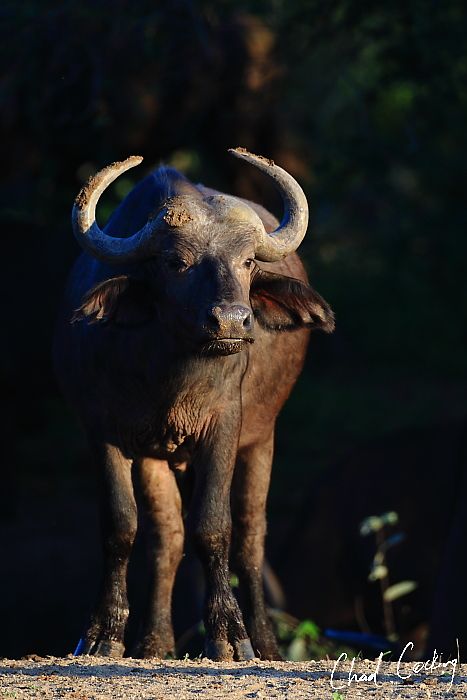 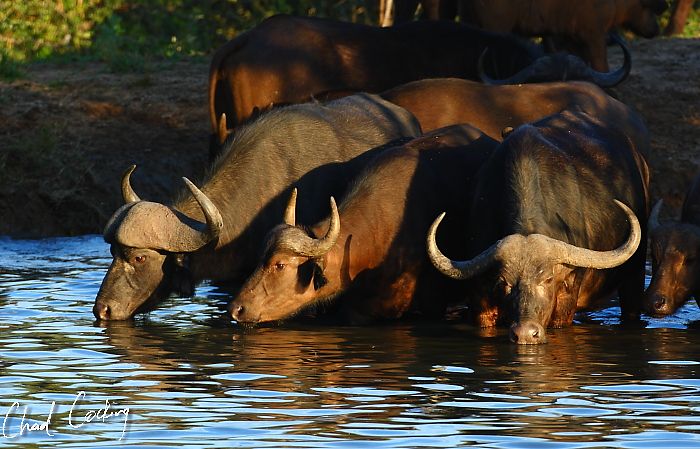 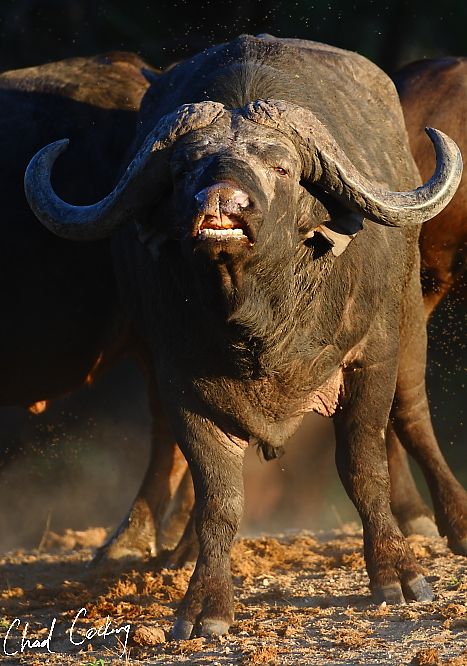 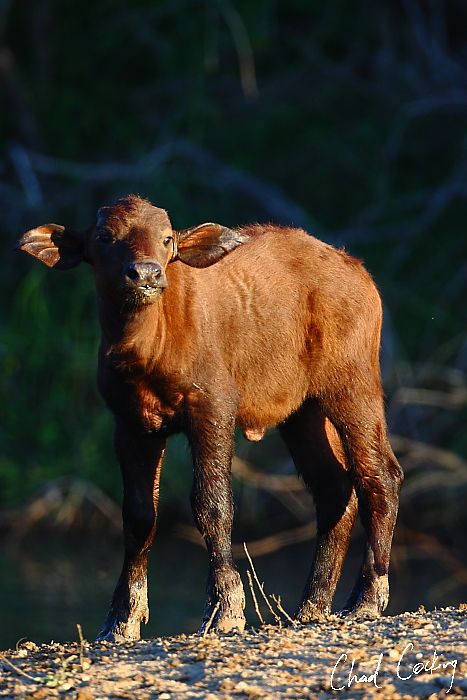 After that I checked around Elephant Dam for Nthombi and her cub, but got nothing, although we did have some zebra and giraffe en route, and then found a small breeding herd of elephants before enjoying a drink at Sweetwater Pan. 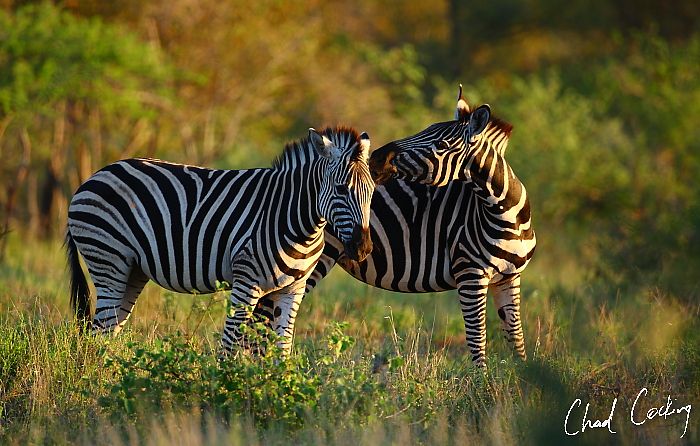 Now I generally don’t like driving on Argyle Rd, but tonight I thought it would be a good idea, and drove it with the intention of finding the Mahlathini male lions on the road.  It was a long shot, but it was the right one, and a few kilometres down the road, the brake-lights of a private vehicle instantly spoke of what they were looking at!  We pulled up and found one of the male lions walking along the road, but he soon drifted into the Mopane woodlands of the Timbavati and we did our best to follow him.  He was on a real mission, and after some time we left him to do his own thing, and hopefully can follow up tomorrow. 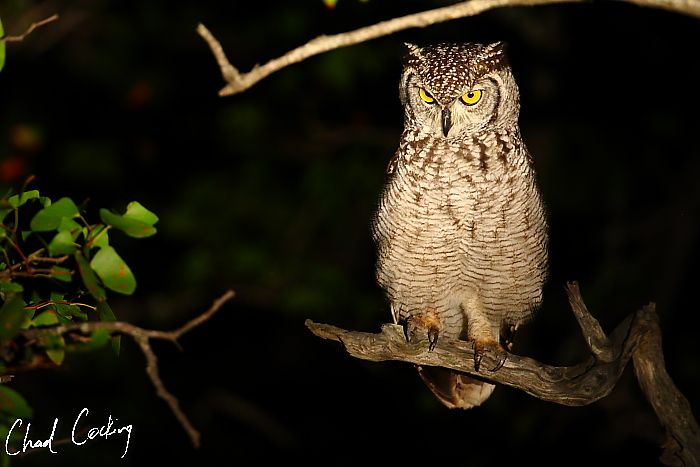 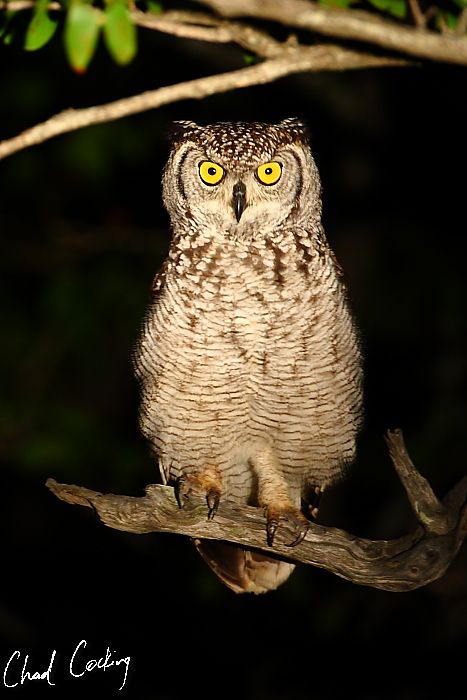 Mission accomplished, everything else was a bonus; like our Spotted Eagle Owl, our hunting wild cat and a hippo outside of the water.
All in all, the day turned out to be a very good one, and all of our guests were yet again delighted!  Now let’s see if we can repeat that tomorrow!
at 21:28