Morning Drive.
( Herald, Grant, Marka & Giyani)
Lion ( Maghlatini Males) / Karans – Western Cutline.
Lion ( Machaton Female) / Kings – Cheetah Plains.
Buffalo ( Breeding Herd) / JayDee – Makulu Rd.
Elephant ( Breeding Herd) / Mbali – Impala Rd.
Elephant ( Kambaku's) / Peru – Wilkens Way.
Afternoon Drive.
( Herald, Grant, Marka & Giyani)
Buffalo ( Breeding Herd) / Vielmieter – Steep Tsharalumi.
Elephant ( Breeding Herd) / Vielmieter – Eastern Cutline.
Elephant ( Breeding Herd) / Mbali – Mkau Rd.
Daily Synopsis.
Heading out this morning it felt like we totally skipped Autumn and went straight to winter, with a rather chilly morning. Even though the sun was shining it was your typical winters day and only warmed up around nine. The cooler weather did not seem to have an effect on the game and a good morning was had by all.
We started off visiting the site where the Maghlatini's had their dead Giraffe. We had heard they were no longer there and that the Vultures had moved in, keen on seeing this feeding frenzy we headed in there direction. While sitting with the carcass the Vultures started to gather, at first nervous of our proximity but then once one overcame it's fear and begun feeding and squawking, they all descended on the remains. It was going to be a great feeding frenzy but as soon as it got going they all suddenly began running and flying off, the reason was quickly apparent as one of the Maghlatini Males came bursting through the bush in hot pursuit. Not what we had expected but a great sighting none the less. 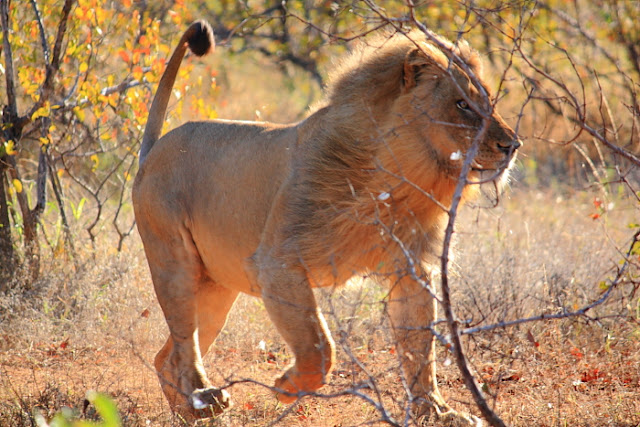 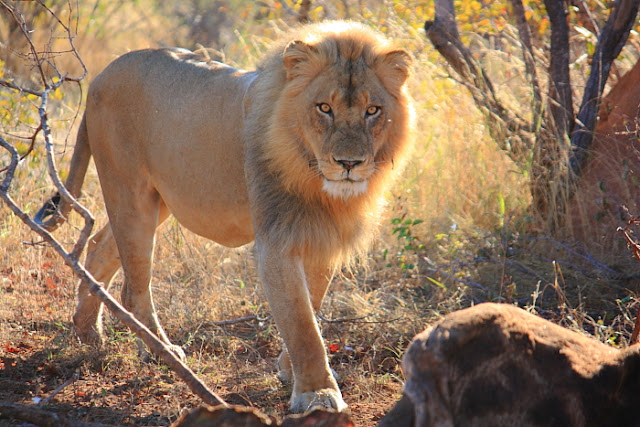 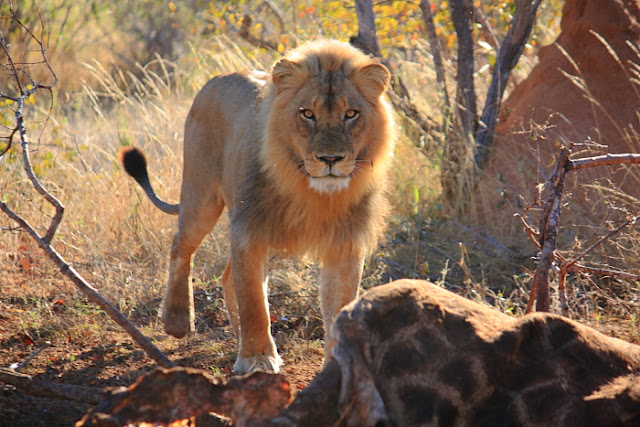 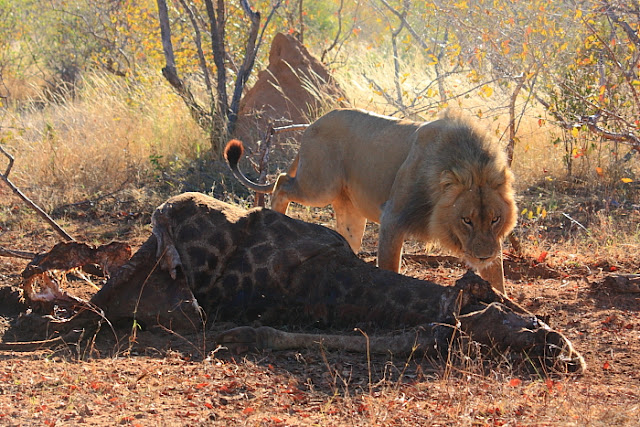 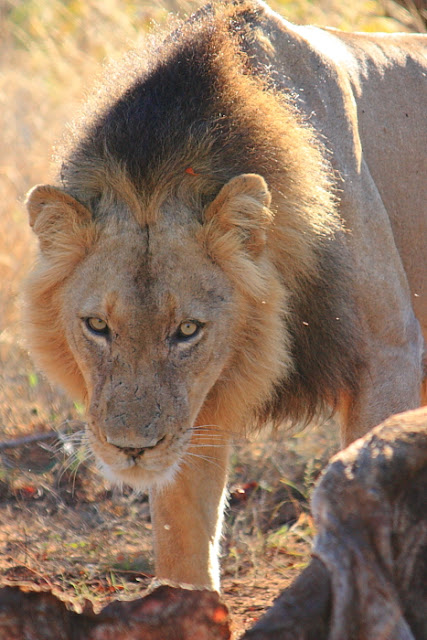 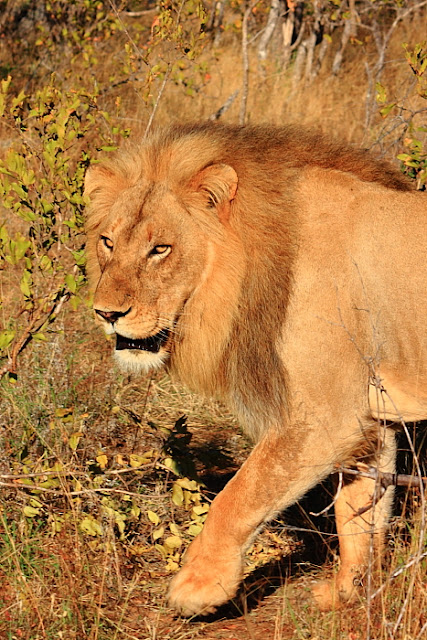 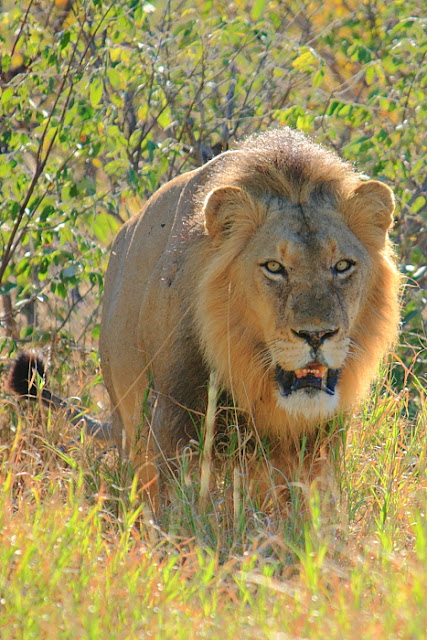 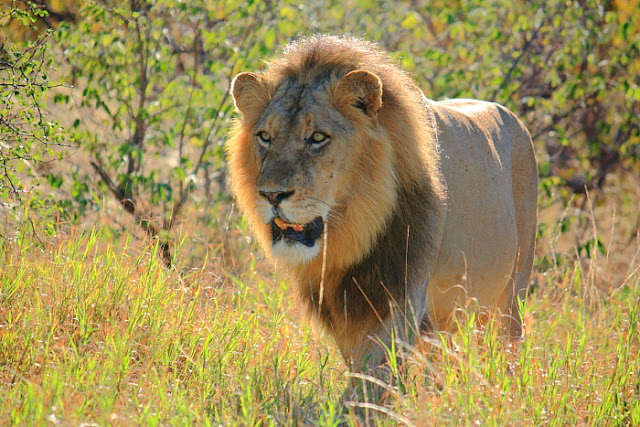 After our bonus sighting we headed off in the direction of a small breeding herd of Buffalo. They were getting active after their late morning lie in and were up and about feeding by the time we got to them. The herds we are coming across now have a number of young that cannot be more than a day or two old, and illicit a whole lot of cooing from the vehicle. 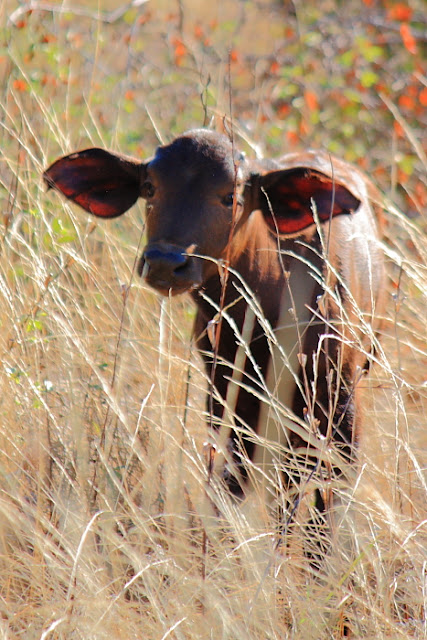 Leaving them as they headed off into a Mopane thicket we kept up with our theme of babies and responded to a small breeding herd of Elephant, hoping to find a few young to carry on entertaining us. Although it was a very small herd we did find a youngster that did not let us down. 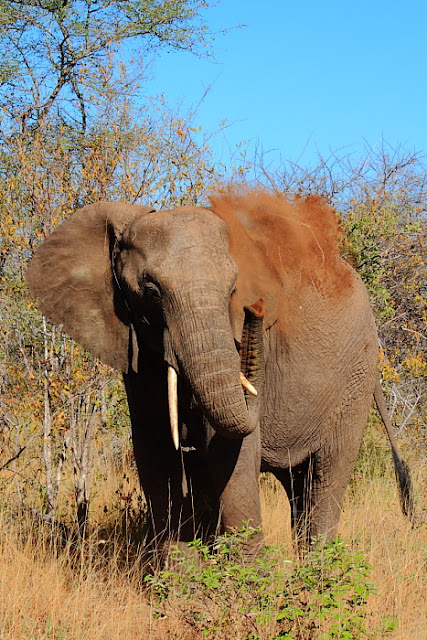 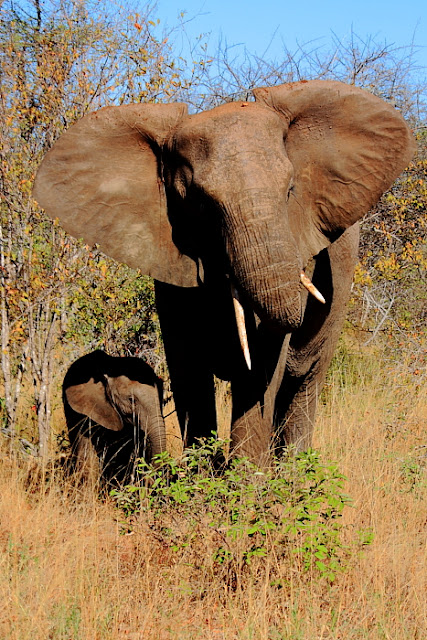 After an entertaining morning we headed back to camp and were spoilt to a great sighting of a Kambaku herd of eight to ten gargantuan individuals. It illustrated the difference between the breeding herd and a bachelors herd very nicely. 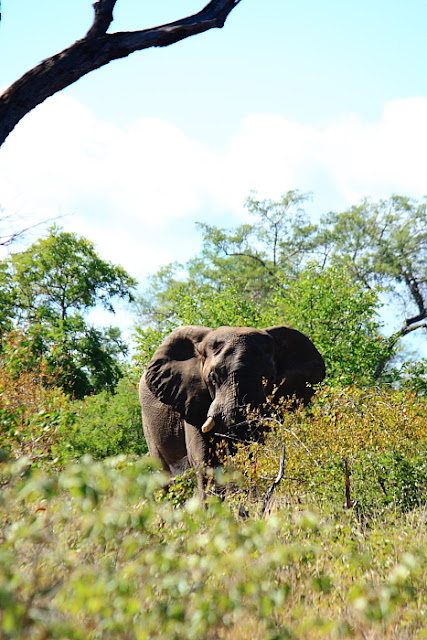 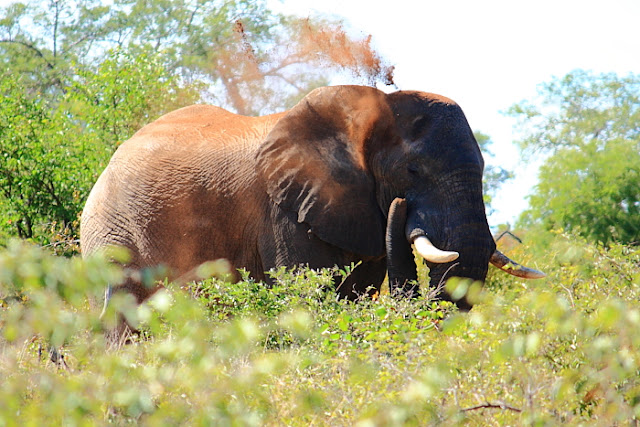 Afternoon drive had us all looking for Leopard or Rhino, either would have been nice. So is the way of the bush, you don't always get your way and the afternoon went by very quietly, so quite in fact I did not even get to take my camera out. We did however enjoy a very beautiful sunset that confirmed Winter is definitely on it's way, and fast!