Photo of the Day
Morning Drive
(Herald)
2 x buffalo – Motswari, Sharalumi Crossing
1 x elephant – Motswari, Reception Rd (on bush wak)
Afternoon Drive
(Chad, Godfrey and Herald)
7 x wild dogs – Kings, Argyle Rd
3 x lions (Mahlathini Males) – Scholtz, Nungu Rd
1 x leopard (Nthombi’s male cub) – Vielmetter – Elephant Dam Rd
1 x leopard (Unknown male) – Scholtz, Scholtz Access
1 x breeding herd of buffalo – Kings, Airstrip Rd
1 x breeding herd of buffalo – Motswari, Camp
2 x elephant bulls – Argyle, Horizon Rd
Daily Synopsis
It is amazing how things in the bush can turn around.  I wasn’t on drive, but by the sounds of things Herald and the guided from the other lodges had a very quiet morning, which didn’t bode well for me when I came on drive in the afternoon, especially as I had Ingwelala guests that were just going on one drive!  Unsurprisingly, they were at Motswari to see lions and leopard. 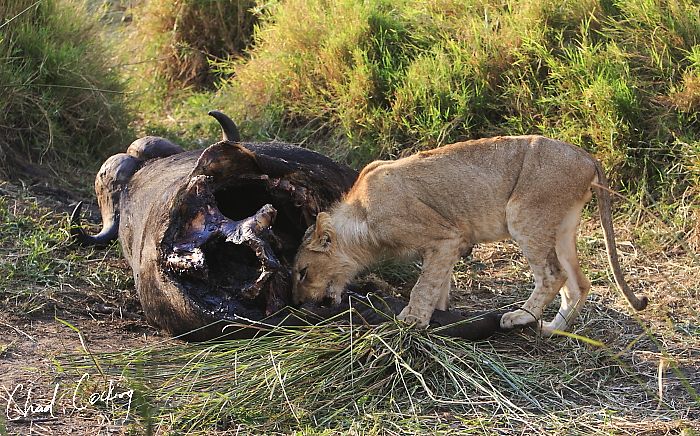 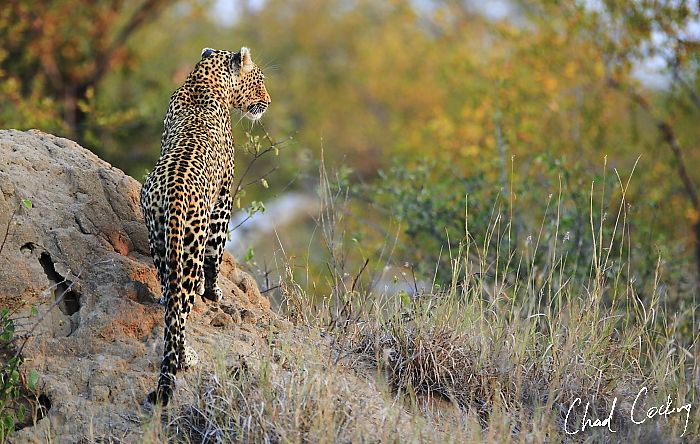 Johannes had been informed that Lucas at Scholtz Camp had heard lions roaring to the east of his camp last night, but despite checking the area, he came up empty handed.  After checking the north a bit at the start of drive and seeing impalas, warthogs, hippos and crocodiles, I headed down towards Scholtz to see if I could have any luck, and together with Johannes found some tracks and I left Petros to follow up.
It had been rather quiet the first hour and a half, so when I was informed that there were wild dogs on the tar road (Argyle Rd), I asked my guests if they would like to chance going to see them; there was a chance they would go into the Klaserie, and equally, there was a chance it might get dark before we got a chance to see them.  Luck was on our side on the first count when the dogs moved east into Timbavati, and then fantastic cooperation amongst the guides from the various lodges allowed all the stations that responded to get a chance to see these treasured animals before it got dark (as we don’t view wild dogs with the aid of a spotlight).  I was fortunate in that I was the last station and actually got to spend about 25 minutes following them; they were not actively hunting, although they did briefly go running after a herd of zebras!
We eventually left them when it got too dark, and then I received word that Nthombi’s young male offspring had been found sleeping up a tree near Elephant Dam, and as I wasn’t too far away, I went to have a look at him.  As darkness fell, the animals seemed to come out; we drove past two groups of zebra, two herds of giraffe, a breeding herd of buffalo and impala before arriving at the leopard.  He was sleeping in an African Wattle and awoke several times, once to watch intently as three hyenas wandered past.
Shortly before arriving at the leopard I heard that the trackers had eventually found the lions just as it was getting dark, and not wanting to let their hard work go to waste, I had to head all the way back to the east to see the lions!  I managed to relocate them not far from where they had been left sleeping off their extremely fat bellies!  They have no doubt been eating a buffalo the last couple of days in the area I had suspected they might have killed one two days ago when they were in the same area as a breeding herd of buffalo.
We left them and headed back to the lodge for dinner as it was already late, but the Timbavati was not done with us, and we had an exciting trip back.  Firstly, just like Grant a couple weeks back, I got lost in the east!  Well, not really lost, as I knew which road I was driving on until the road disappeared!  Fortunately it didn’t take long to find the two-track amongst the grass growth – its wonderful to still have roads in our reserve that are hardly ever driven!
The second exciting thing was when I came up to an intersection of two roads; I paused to momentarily think which one would be quickest to get back to camp, and had to explain to the guests that I wasn’t lost, but just trying to work out which route would be quicker.  After a few seconds I decided to turn left in Zebra Entrance Rd and shone my light down the road, and there, sitting on the road, no more than 20m away, was a beautiful male leopard!  I have never seen a leopard in this part of the reserve, and have no idea who he was, but he looked to be about 4-5 years old and they way he was sitting was not a posture of being afraid.  He did however soon stand up and slink off into the mopane thicket and we lost him.  Despite everything else we saw on the drive, that sight of him sitting on the road is the one I will remember most!
We arrived back at camp for a delicious dinner, and ended off with two buffalo bulls having a fight on the opposite side of the riverbed from the verandah...and considering the way the day started off, I didn’t think it would end in such great fashion!  That’s what I love about this place!!!
Oh yes, and apologies for no new photos, but my vehicle was full and there was no space for all my cameras, and as I did most of the drive without Petros, I couldn’t shine the spotlight and take photos!  Hopefully I can make up for it tomorrow!
at 12:07